Story Code : 846764
Islam Times - Julian Assange kickstarted his legal battle against extradition to the US where he is wanted on 18 espionage and hacking charges, shortly after he was stripped of Ecuadorian asylum in April 2019.
US spies plotted to kidnap and poison Julian Assange with the help of covert Spanish detectives, his extradition hearing has heard, the Daily Mail reported, citing his QC and saying that the operation inside the premises of the Ecuadorian embassy was supposed to look like an "accident."

As Kristinn Hrafnsson, Wikileaks' chief editor, pointed out, "it was chilling" to hear the revelation that the "the door was left open" so that the US agents "could kidnap him [Julian Assange] in the embassy." "It shows how highly politicised the case is, where nothing is sacred," the journalist commented. "It also indicates [...] how far the superpower and its agencies are willing to go to actually apprehend Julian," Hrafnsson summed up.

Plans were discussed to "kidnap" or "poison" #JulianAssange, according to an anonymised witness statement from ex-employee of Spanish intel firm UC Global which spied on #Assange & his privileged communications in the Ecuadorian Embassy. @khrafnsson on this "chilling" revelation
— M. A. E. (@MElmaazi) February 25, 2020

Human rights barrister Edward Fitzgerald said that private security from an outsourced Spanish company was involved in the "intrusive and sophisticated" surveillance of his client, but were uncovered by an unnamed Iberian whistleblower that is mentioned in court files as "witness two."

Referring to the latter's testimony, Fitzgerald said: "there were conversations about whether there should be more extreme measures contemplated, such as kidnapping or poisoning Julian Assange in the embassy."

According to the barrister, covert monitoring that took place, allegedly started after a person called David Morales returned from a Las Vegas security trade fair in July 2016 with a contract supposedly for a yacht on his hands.

"But in fact, Mr Morales had indeed made a side agreement to provide information gathered about Mr Assange to the dark side - in other words, to US intelligence agencies," Fitzgerald told the court, further specifying what devices were used for monitoring the state of affairs during Assange's 7-year embassy confinement.

Visitors were, for instance, reportedly targeted by live-stream audio and video devices planted inside the premises and laser microphones on the outside.

The overwhelming conspiracy claims were made on the first day of Assange's legal showdown with the American Government, whose representatives are struggling for the Wikileaks founder to be deported to the US. The second hearing at Belmarsh Magistrates' Court in London continues on Tuesday.

The 48-year-old is wanted in America on 18 charges over the publication in 2010 of classified US cables on the Iraq War, some of which were spotted at Osama bin Laden's safe house during the US raid in 2011. If found guilty, Assange could face an overwhelming 175-year prison sentence.

In leaking documents that he knew would be of use to US adversaries, Assange caused "serious damage to national security", US prosecutors told the court. At the same time, hundreds of Assange supporters and human rights activists gathered and chanted outside the top security London court, arguing that US aspirations are all politicised.

Julian Assange kicked off his legal battle to avoid extradition to the United States - on espionage and computer hacking charges, including in conspiracy with former US intelligence analyst Chelsea Manning -  last April, when he was deprived of Ecuadorian political asylum, which he had enjoyed since 2012.
Source : Agencies
Share It :
Related Stories 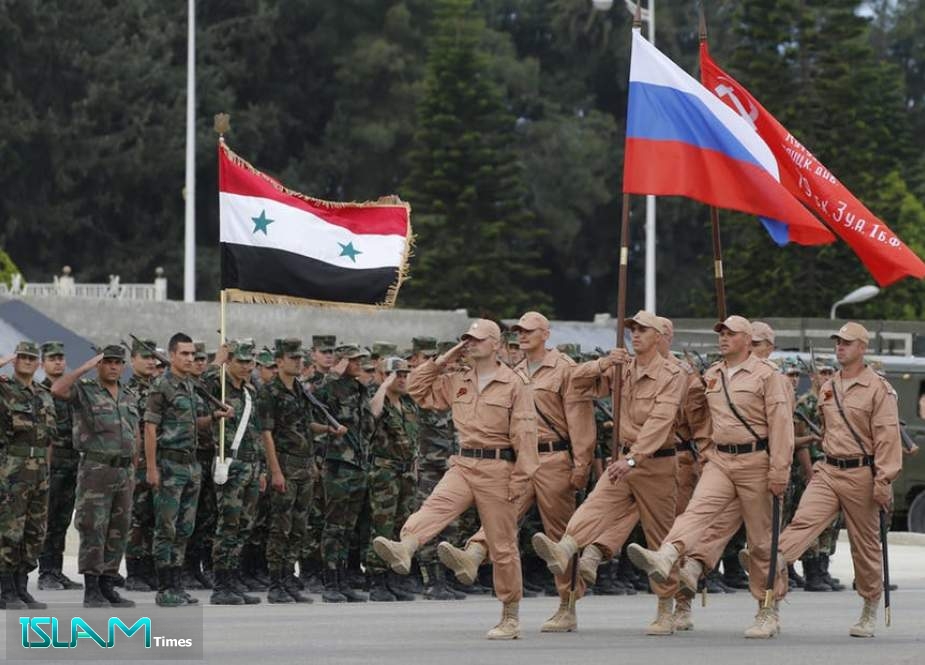 US Openly Admits Its Goal in Syria Is to Make It ’Difficult’ for Moscow and Damascus to Defeat Terrorists
Islam Times - The State Department’s special envoy for Syria has ...
UK government signs order to enable Assange extradition to US
Britain threatens to arrest Julian Assange
They’re Murdering My Son – Julian Assange’s Father Tells of Pain and Anguish
2006 War Made Hezbollah Regional Power, Syria Crisis To Make it Intl. One: Nasrallah
We have more material on Clinton: Assange
Ecuador ready to grant asylum to Assange, source says
117 Physicians From 18 Countries Demand Assange's 'Torture' be Ended 'Before It's Too Late'
Comment
Imam Khamenei's Reaction to the American Officials' Suggestion to Help Iran against the Coronavirus

Labour Party UK Mayor Says Boris Deserves Coronavirus
Self-Delusional America Can Only Beat Covid-19 if it Stops Blaming China and Faces Up to its Own Pandemic Mistakes
Saudi Expects up to 200,000 Coronavirus Cases within Weeks
The Savior Will Come to Spread Peace and Justice: Sayyed Nasrallah
Netanyahu Office: Ready for ‘Constructive Action’ to Bring Back Israelis Held by Hamas
From Macmillan to Johnson: UK Prime Ministers Who Have Faced a Health Crisis
Washington to Start 'Strategic Dialogue' With Iraq in June, Discuss US Military Presence - Pompeo
US Sanctions Should Not Prevent Humanitarian Aid to Iran: EU's Borrell
Turkish Occupation Forces and Its Mercenaries Attack Safe Villages of Hasaka
Turkish-backed Terrorists in Syria Demanding Ankara Pay their Salaries
India Bans All Exports of Trump’s ‘Game Changer’ Virus Drug
COVID-19: No Panic Buying in Iran, Shelves Are Full