Story Code : 846794
Islam Times - Iranian Foreign Minister Mohammad Javad Zarif said US President Donald Trump has confessed Iran's hatred against the ISIS terrorist group.
"@realdonaldtrump just admitted what we all knew: US troops in Syria to "have the oil," Zarif tweeted on Tuesday.

Iranian top diplomat noted: "But not only did US NOT fight ISIS, it cowardly murdered its #1 enemy [Lieutenant General Qasem Soleimani]—with ONLY Trump cronies & ISIS celebrating."

Lieutenant General Soleimani who was the Islamic Revolution Guard Corps' (IRGC) Quds Force commander was assassinated by the US along with the acting Commander of the Iraqi Popular Mobilization Units (PMU), known as Hashd al-Shaabi, Abu Mahdi Al-Mohandes, and eight other military forces with record of fighting the Daesh (ISIS) in Iraq.

Iran's Supreme Leader Ayatollah Seyyed Ali Khamenei has called for proportionate military action against the US interests in response to the heinous crime against the Iranian commander who was on a diplomatic mission to Baghdad.

Ayatollah Khamenei commented on the martyrdom of the great commander of the IRGC's Quds Forces and said harsh and severe revenge is awaiting the criminals.
Source : Iranian Agencies
Share It :
Related Stories 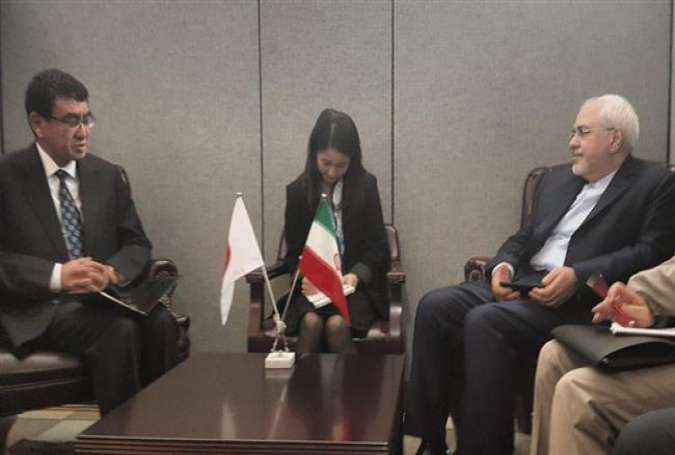