Doctors Without Borders Warns of Coronavirus 'Catastrophe' in Yemen

Story Code : 864221
Islam Times - A coronavirus “catastrophe” is unfolding in Yemen, medical charity Doctors Without Borders (MSF) said, warning that many of those infected with COVID-19 in the war-torn country never even make it to hospital.
The charity's main facility in the southern Yemeni city of Aden admitted 173 patients between April 30 and May 17, of whom at least 68 have died, Doctors Without Borders, also known by its French acronym MSF, said in a statement on Thursday, France 24 reported.

“What we are seeing in our treatment center is just the tip of the iceberg in terms of the number of people infected and dying in the city,” said Caroline Seguin, the group’s operations manager for Yemen. “People are coming to us too late to save, and we know that many more people are not coming at all: they are just dying at home,” she added.

The increase in suspected coronavirus cases in Yemen is sounding alarms throughout the global health community, which fears the virus will spread like wildfire among some of the world’s most vulnerable populations.

The World Health Organization says its models suggest that, under some scenarios, half of Yemen’s population of 30 million could be infected with the virus and more than 40,000 could die.

Half of Yemen’s health facilities are dysfunctional and 18% of the country’s 333 districts have no doctors as a result of the Saudi-led aggression against the impoverished Arab country. Water and sanitation systems have collapsed. Many families can barely afford one meal a day.

The Saudi war in Yemen has killed more than 100,000 people, according to the Armed Conflict Location & Event Data Project, which tracks violence reports in Yemen. The war has also created the world’s worst humanitarian crisis, leaving millions suffering from food and medical shortages.
Share It :
Related Stories 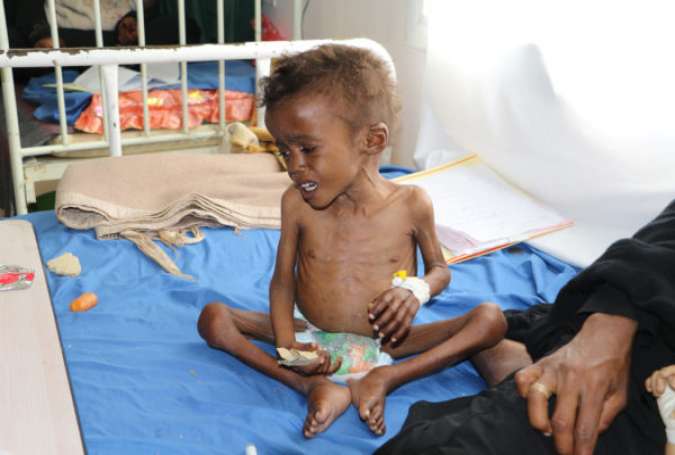