Story Code : 864675
Islam Times - Two civilians were killed and three others were wounded on Sunday, Eid Al-Fitr, as a result of Saudi-led coalition raids on Yemen’s Sa’ada province.
While Muslims all over the world are celebrating Eid, which marks the end of the holy month of Ramadan, the coalition warplanes increased their raids in several provinces of Yemen today.

According to Almasirah correspondent in Sa’ada, the coalition warplanes targeted citizens on the main road in Maran area, Hidan district, resulting in the death of two and injuring three.

They also launched three raids on the border district of Shada in the same province, in conjunction with intense Saudi missile and artillery shelling of villages in the districts of Razih and Shada.

The Saudi-led aircraft launched 7 raids on Haradh district and two raids on the Abs district in Hajjah province.

The warplanes of the aggression launched 3 raids on Khub Wa Ash-Sha’af in Al-Jawf provinces, two raids on Majzer district of Marib province and a raid on Nahm district of Sana'a province.

The Saudi-led coalition invaded Yemen in 2015. Since then, over 100,000 people have been killed, according to the US-based Armed Conflict Location and Event Data Project (ACLED).
Share It :
Related Stories 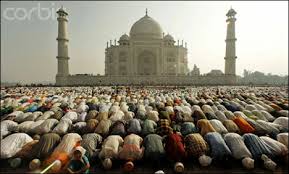