Story Code : 865211
Islam Times - Moscow is concerned about attempts to defame the World Health Organization (WHO), Russian Foreign Minister Sergey Lavrov said, adding that it is necessary to improve the WHO’s activities instead of destroying the body.
"The steps to defame the World Health Organization, which - and in this respect the overwhelming majority of states are unanimous - has been at the forefront of the fight against the coronavirus from the very first days, helping all countries to navigate the rapidly changing epidemiological environment and choose the right ways to respond to the emerging threat, cause our deep concern", Lavrov wrote in an article for China's Global Times newspaper.

“Certainly, the WHO, like any multilateral structure, should improve its activities, adapt to new conditions. To do this, it is necessary not to destroy the Organization, but to maintain a constructive dialogue of all member states to develop joint professional responses to new challenges”, he said, Sputnik reported.

The Russian Foreign Minister added that the Western countries are trying to use the COVID-19 pandemic to punish the unwanted governments of some foreign nations.

"Not everyone could resist the temptation to act on the principle of 'every man for himself'. There are those who are trying to take advantage of the current situation to play the 'Monopoly', promoting self- interests and settling accounts with geopolitical competitors ... The virus is boosting the already formed negative trends and escalating the accumulated differences and disagreements, accelerating the unhealthy rivalry", Lavrov wrote.

The minister stressed that only the politicization of humanitarian issues and the Western countries' wish to punish the unwanted governments of foreign states could explain their refusal to lift unilateral restrictions against some developing countries at least amid the pandemic.

"According to the UN estimations, such sanctions, which narrow the ability of ordinary citizens to exercise their social and economic rights, are seriously complicating the efforts, aimed at protecting public health, and hitting the most vulnerable groups of people", Lavrov said.

He added that the pandemic had demonstrated the deficit of humanism in some Western countries. 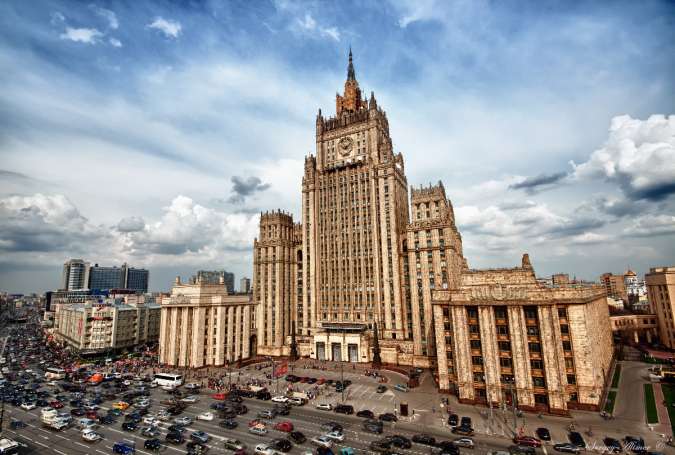