Story Code : 871478
Islam Times - President Donald Trump retweeted and then deleted a video on Sunday that included a demonstrator shouting “white power” during protests in Florida.
In the since deleted tweet, Trump applauded the Florida demonstrators shown in the more than two-minute video. The apparently pro-Trump demonstrator yelled “white power” within the first nine seconds of the video, The Hill reported.

“Thank you to the great people of The Villages,” the American president posted, adding, “The Radical Left Do Nothing Democrats will Fall in the Fall. Corrupt Joe is shot. See you soon!!!”

White House Spokesperson Judd Deere said in a statement that the president "did not hear the one statement made on the video", noting, "What he did see was tremendous enthusiasm from his many supporters."

The video Trump retweeted shows confrontations between anti-Trump protesters lining a street and pro-Trump demonstrators driving by in golf carts.

The clip begins with the Trump supporter driving in a cart with “Trump 2020” and “America First” signs. Amid yelling, one protester says “raise your white voice”. Soon after, the man in the golf car shouts “white power”.

“There you go. White power,” an off-camera demonstrator responds.

The video, which has 3.8 million views on Twitter, also shows an anti-Trump protester shouting “f--- Trump” at the passing golf carts and calling one of his supporters a “f---ing Nazi racist pig”.

The pro-Trump demonstrator who yelled “white power” is also shown outside of his golf cart before a protester tells him to “get back in your cart, asshole”. After an anti-Trump protester is moved from in front of his cart, the demonstrator drives past, and his passenger gives the protesters the middle finger.

Before the tweet's deletion, Sen. Tim Scott (S.C.), the GOP’s sole Black senator, told CNN’s “State of the Union” that Trump should take down the retweeted video.

“There's no question he should not have retweeted it, and he should just take it down,” Scott, who led the GOP’s police reform effort, said.

When asked if it offended him, the senator stated, “The entire thing was offensive. Certainly the comment about the white power was offensive. There’s no question.”

But he added he wasn’t going to “play politics” with the video.

Former White House National Security Adviser John Bolton told “State of the Union” that it was “entirely possible” the president tweeted the video without hearing the demonstrator say “white power”.

“I would just make this observation: He doesn’t pay attention to a lot of things. It's entirely possible he tweeted this video because he saw the sign,” Bolton said, adding, “And that’s all he needed to see.”

The protest in Florida comes as demonstrations have broken out across the US in response to the death of a Black man, George Floyd, in Minneapolis police custody. Protesters have called for police reform after the deaths of Floyd and other African Americans in police custody. 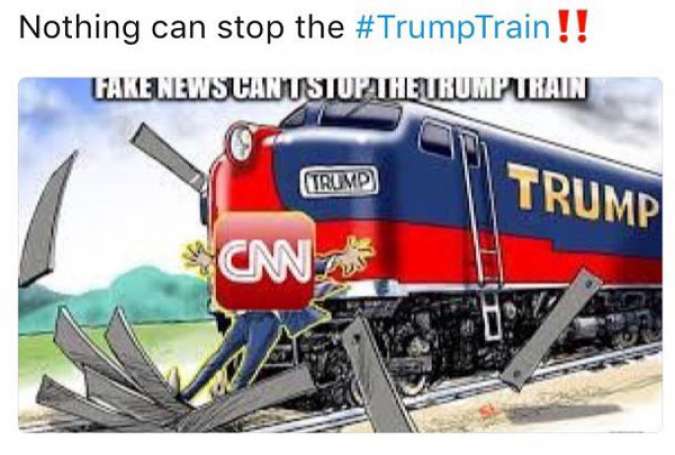