Story Code : 873412
Islam Times - The US and the UK governments continue to sell weapons to Saudi Arabia even though it’s a morally bankrupt and illegal choice to prop up the Wahhabi regime in its unlawful war on Yemen.
The UK is to resume selling new weapons to Saudi Arabia despite war crimes committed by the Saudis and allies in Yemen, even though  British weapons break international humanitarian law.

Saudi Hawk jets are among the arms sold to the Arabic kingdom by the UK, which are behind untold destruction. The UK government claims the Saudis have only used the UK-made weapons for isolated incidents, which included attacks on schools, bombing of hospitals and homes.

No doubt, British weapons sales to Saudi Arabia are a serious violation of International Law and Arms Trade Treaty. They contribute to serious human rights violations, where the Saudi-led bombing campaign is systematically hitting civilian targets in contravention of the rules of war.

Just like Britain, the United States has also licensed billions of dollars of arms sales to Riyadh since Saudis and the mere extras entered the illegal war on Yemen. The Saudis are leading the brutal military operation in which US and UK-supplied aircraft, bombs and missiles are playing a major role. The British and American military officials are also in the command and control centre for Saudi airstrikes.

One side-effect of the chaos resulting from this criminal campaign is that the local franchises of Al-Qaeda and ISIL are now thriving as never before. Worse yet, the Saudi-led campaign has claimed thousands of lives and triggered a humanitarian catastrophe amid the coronavirus pandemic.

As a consequence, international aid organisations are calling on the UK and US governments to suspend their illegal arms sales to Saudi Arabia. Some have even launched formal legal challenges in courts to halt the sales on those grounds. But to no avail.

The response from the British and American governments has been thoroughly cynical. They deny any evidence of Saudi violations, simply ignoring the world’s leading human rights organisations, who have been documenting such crimes since 2015.

This is not surprising. For decades, the regime changers have provided arms to their regional vassal capable of being used for external aggression and internal repression. They play lip service to the UN Charter and the global Arms Trade Treaty, and expect not to be held to account.

The Anglo-American military alliance with Riyadh shows British and American complicity in the horrors of Yemen. It is the most overt manifestation of the criminal relationship between London, Washington and Riyadh in recent years. The worst part is that they refuse to change this criminal course even during the devastating coronavirus pandemic.
Share It :
Related Stories 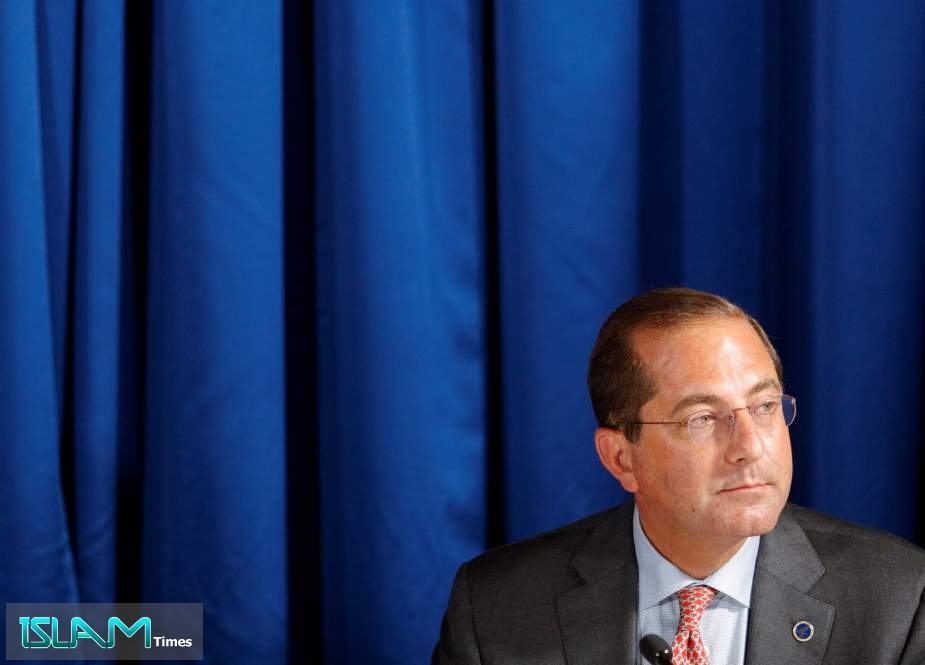 US Health Chief Arrives in Taiwan on Trip Condemned by China
Islam Times - US Secretary of Health and Human Services Alex Azar arrived in Taiwan on Sunday as the highest-level U.S. official to visit in four decades, a trip condemned by China which ...
US Should Give Chinese Companies Level Playing Field: Envoy
US Has Just Received Big Blow In Intelligence War Against Iran
US Putting More Troops on Russia’s Borders to Deter Moscow: Esper
US Supports Unrest in Lebanon in Hope of Regime Change in Blast-Devastated Beirut
US Ex-Commandos Sentenced to 20 Years in Prison over Failed Attempt to Depose Venezuela's Maduro
US Intel Director Warns All Election Outcomes May Be Driven By Russia, China or Iran
US Slaps Sanctions on Hong Kong Leader over Security Law
Comment
Snapdragon Processor Flaw Puts 40% of Phones at Risk of Hack
Trump Rushed from Briefing Room After Shooting Unfolds Outside White House
Hong Kong: ‘Freedom’… to Subvert
Yemenis Suffering from Saudi-led Coalition’s Ceasefire Breach
Baltimore: Blast Kills One, Traps Children Inside Homes
Bank of ‘Israel’ Chief Warns Another Election Would Strike Blow to Economy
Pro-Terrorist Countries Are To Blame For Beirut Explosions: Analyst
PM Diab Submits Resignation to President Aoun at Baabda Palace
Saudi Aramco’s Profits Drop by over 73%
Tehran: Consecutive Changes in US Administration of No Importance for Iran
Trump ‘is a first-degree mass murderer’ and ‘the most successful bio-terrorist’ in history: Famed psychologist
Russia Says Oil Deal Between US Firm, SDF Shows Washington’s Continued Violation of Syria’s Sovereignty
Fire Hits High-speed Rail Station in Saudi Arabia’s Jeddah
Sayyed Nasrallah: Impartial Probe Necessary into Beirut Blast
Stars Without Borders

Elliott Abrams — The Worst Choice for US Special Envoy for Iran
Chinese Foreign Minister Says Beijing Not Interested in Diplomatic War with US
US Ex-Commandos Sentenced to 20 Years in Prison over Failed Attempt to Depose Venezuela's Maduro
US Supports Unrest in Lebanon in Hope of Regime Change in Blast-Devastated Beirut
Facebook, Twitter Sanction Trump for Post Claiming Kids Are ‘Virtually Immune’ to Coronavirus
Featured Stories