Story Code : 877114
Islam Times - President Donald Trump is sending at least 100 additional federal agents into Portland following weeks of violent clashes between law enforcement and anti-racism protesters.
The US Marshals Service decided last week to deploy 100 deputy marshals to fortify security outside the Mark O. Hatfield federal courthouse in downtown Portland, according to an internal email obtained by The Washington Post on Monday.

The email indicated that the marshals began arriving last Thursday, ahead of a heated weekend that saw heavily armed federal troops repeatedly fire tear gas, flash bangs and pepper balls into crowds of protesters as they attempted to breach a fence surrounding the courthouse on Saturday and Sunday night.

Trump decried the protests and subsequent media coverage in a pair of tweets on Monday night, writing, "The Fake News Media is trying to portray the Portland and Seattle 'protesters' as wonderful, sweet and innocent people just out for a little stroll."

"Actually, they are sick and deranged Anarchists & Agitators who our great men & women of Law Enforcement easily control, but who would destroy our American cities, and worse, if Sleepy Joe Biden, the puppet of the Left, ever won," the American president said.

"Markets would crash and cities would burn. Our Country would suffer like never before. We will beat the Virus, soon, and go on to the Golden Age - better than ever before!'" Trump added.

The US leader leader sent a direct warning to protesters earlier in the night, tweeting, "Anarchists, Agitators or Protestors who vandalize or damage our Federal Courthouse in Portland, or any Federal Buildings in any of our Cities or States, will be prosecuted under our recently re-enacted Statues & Monuments Act."

"MINIMUM TEN YEARS IN PRISON. Don't do it!" he stated.

Prior to that tweet, Trump doubled down on his support for the federal agents' actions in another post, claiming that federal properties in Portland "wouldn't last a day" without their presence.

Hours later the US Attorney's Office in Oregon appeared to shame the protesters by releasing photos of items that had been confiscated from them over the weekend - including gasoline, hockey sticks, defense shields, leaf blowers, paint sprayers, cans of paint, and a jar prepped for a Molotov cocktail.

Protesters from the Wall of Moms and Don't Shoot Portland activist groups filed a federal lawsuit against the Department of Homeland Security on Monday, accusing federal officers of violating their free speech, using excessive force and overstepping their authority.

The suit came as reports emerged that the DHS is also considering sending 50 additional Customs and Border Protection personnel to Portland in the coming days.

That plan has yet to be finalized, according to anonymous administration officials, but if it proceeds it would mark a significant expansion of the federal force that first arrived on July 4.

About 114 agents were deployed to the city by mid-July to suppress protests against racism and police brutality that began in late May following the death of George Floyd, a black man who died after a white Minneapolis cop knelt on his neck during an arrest.

It's unclear how many of the existing agents would be relieved and sent home when the 150 reinforcements from the Marshals Service and DHS arrive.

Asked about the former group, a spokesman for the Marshals Service told the newspaper, "The agency took steps to identify up to 100 personnel to send to the District of Oregon in case they were needed to relieve or supplement deputies permanently stationed in the district."

"They may also be used to rotate with personnel already sent there to support district operations during the civil unrest mission to insure the function and safety of judicial proceedings," he noted.

The daily reported that the agency did not reply to its questions about the plan, and said that White House officials were expected to hold a meeting on the subject on Monday afternoon.

Sunday marked the 60th consecutive night of demonstrations in Portland, where confrontations between protesters and federal troops outside the courthouse have intensified over the past two weeks.

Footage exclusively recorded by Daily Mail shows the moment federal agents arrested demonstrators outside the courthouse just after midnight after police discovered a bag of loaded rifle magazines and Molotov cocktails at a park nearby.

Hours earlier two people were arrested after gunfire rang out in the same park, wounding one person.

Amid the ongoing violence, protesters and local officials have increased their calls to have the federal troops removed because their presence is only escalating the unrest.

Many critics see the deployment of federal troops as a political ploy by Trump to drum up a "law and order" campaign amid his uphill re-election battle - while the president and his allies insist that it was necessary to protect the city.

Sources told The WaPo that federal law enforcement officials have grown increasingly worried that they are losing control of Portland and about the negative public perception of their handling of the unrest.

Heightened media coverage of agents' actions on the street - including video of protesters being yanked into unmarked vans without provocation - has already prompted internal investigations into the conduct of federal agencies including CBP and the Marshals Service.

The sources also claimed that some officials believe more agents are needed because protesters are growing more violent, with an increasing number of agents injured in confrontations involving fireworks and lasers.

Portland Mayor Ted Wheeler has repeatedly asked the Trump administration and the DHS to remove the federal troops, arguing that they have only made the situation in his city worse.

Wheeler joined the mayors of five other US cities in writing an appeal to Congress on Monday, asking to make it illegal for the federal government to deploy militarized federal agents to cities that don't want them.

"This administration's egregious use of federal force on cities over the objections of local authorities should never happen," the mayors of Portland, Seattle, Chicago, Kansas City, Albuquerque and Washington DC wrote to leaders of the House and Senate.

The mayors stated that they support legislative efforts to require notice and consultation with and consent from local authorities before deployments; require visible identification at all times on federal agents and vehicles unless on an undercover mission authorized by the local US Attorney; and impose limitations on federal agents' crowd control activities to protecting federal property.

The letter came after demonstrations in several other cities descended into violence over the weekend.

Protesters set fire to a courthouse in Oakland, California; an armed protester was shot and killed in Austin, Texas; vehicles were set ablaze in Richmond, Virginia; and two people were shot and wounded in Aurora, Colorado after a car drove through a protest.
Share It :
Related Stories 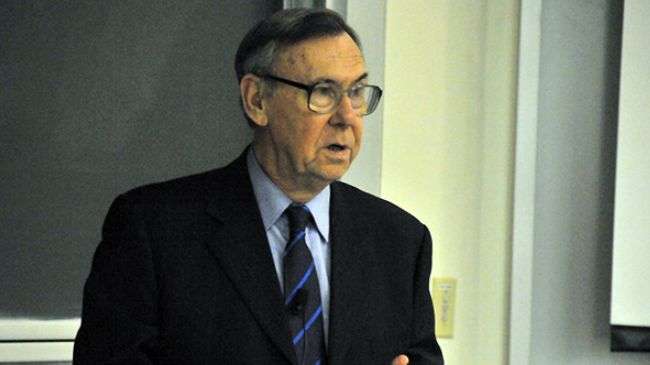