US Forces Ordered to Stay in Bunkers During IRGC Drills - Reports

Story Code : 877323
Islam Times - US military forces deployed to the Gulf kingdoms were reportedly ordered to stay in bunkers as Iran’s Islamic Revolution Guard Corps [IRGC] fired ballistic missiles during normal military drills off the strategic Hormuz Strait.
Citing her “sources” and those of the CNN, a reporter for the BBC wrote in a post on her official page on Tuesday that US troops based in the United Arab Emirates [UAE], Kuwait and Qatar had been briefly put on “high alert” due to “concerns” over Iran’s missile activities.

Other sources identified the facilities as al-Dhafra base in the UAE and al-Udeid air base in Qatar, saying the American troops deployed there had been asked to stay in bunkers.

US forces in Qatar and the UAE “went on high alert early Tuesday and were asked to stay in bunkers, due to intelligence indicators showing an Iranian ballistic missile had been fired and possibly headed their way, US officials tell CNN,” a Twitter user said, indicating that the US forces had misread the trajectory of Iranian missiles.

The maneuvers were held in the general area of the Hormozgan Province, west of the strategic Hormuz Strait, and the Gulf.

The drills featured missiles, vessels, drones, and radars, and are designed to practice both offensive and defensive missions.

Tuesday saw the Corps stage strikes against the life-size replica of a Nimitz-class US aircraft carrier, which the American navy usually sails into the Gulf through the Strait of Hormuz.

The high-alert notice came a week after Leader of the Islamic Revolution His Eminence Imam Sayyed Ali Khamenei said Iran would definitely deliver a “counterblow” to the United States over the assassination of top anti-terror commander Lieutenant General Qassem Soleimani in January.

“The Islamic Republic of Iran will never forget this issue and will definitely deal the counterblow to the Americans,” Imam Khamenei said while receiving visiting Iraqi Prime Minister Mustafa al-Kadhimi in Tehran last week.

General Soleimani, former commander of the IRGC’s Quds Force, was assassinated in a US airstrike at Baghdad airport on January 3 upon an order by US President Donald Trump.
Share It :
Related Stories 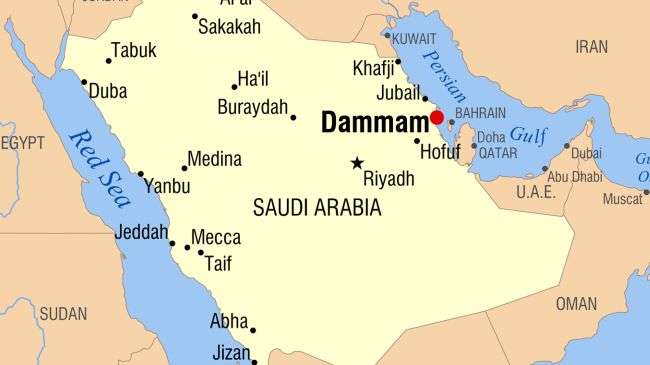