Story Code : 877349
Islam Times - Commander of the Islamic Revolution Guards Corps (IRGC)’s Aerospace Force Brigadier General Amir Ali Hajizadeh said that Iran was the first country in the world which has fired camouflaged ballistic missiles from under the ground during the Wednesday military drills.
“It was the first time in the world that ballistic missiles were fired from under the ground,” General Hajizadeh told reporters on the sidelines of the second day of massive 'Great Prophet-14' drills in the Southern parts of the country on Wednesday.

He added that the missiles were launched without using the conventional platforms and equipment, noting that the hidden missiles fly out from under the ground and hit the target.

The IRGC fired ballistic missiles from underground platforms during the second day of massive 'Great Prophet-14' drills in the Southern parts of the country on Wednesday.

The successful firing of ballistic missiles fully hidden in camouflage deep under the ground is an important achievement that could pose serious challenges to enemy intelligence agencies.

In the final stage of the IRGC's drills, which took place in the waters of the Persian Gulf and the Strait of Hormuz, the IRGC Aerospace Force’s drones attacked enemy's mock aircraft carrier and targeted its command tower and bridge.

Destroying hypothetical enemy targets designed much smaller than the actual size with a variety of smart bombs was another part of this phase of the exercises.

The IRGC Aerospace and Naval Forces' joint exercises were an important part of the drills and demonstrated surprising tactics, including establishment of the two forces' joint command systems, joint control, combined tactics and combat methods.

Successful missile combat operations were carried out by firing two surface-to-surface Hurmoz and Fateh missiles, and a ballistic missile at specific targets, as well as launching precision-striking air defense missiles.

Also, Shahed 181, Mohajer and Bavar drones successfully attacked and destroyed hypothetical enemy targets and positions at this stage of the drills.

Also, firing of all kinds of artillery, RPGs and light weapons by combat forces in line and around Iranian islands was part of the drills to reportedly show the firm determination of the border guards in defending the country.

The IRGC announced in a statement on Tuesday that it has started the final phase of the 'Great Prophet-14' drills in the South of the country, and added that Nour-1 Satellite, that was launched on April 22, is being used to monitor the wargames.

The drills are underway with the participation of the IRGC Navy and Aerospace forces in the Hormozgan province and extend to the depth of the Iranian soil.

IRGC Navy’s missile, ship, and drone units as well as IRGC Aerospace’s missile, drone, and radar units are due to conduct operational drills in the wargames, the statement said.

The wargames are being monitored for the first time by the Nour-1 Satellite that was launched successfully on April 22.

The IRGC launched the satellite aboard Qassed (Carrier) satellite carrier during an operation that was staged in Dasht-e Kavir, Iran’s sprawling Central desert. The Launcher Qassed is a three-stage launcher using compound solid-liquid fuel.

The satellite was placed into the orbit 425km above Earth’s surface.

The satellite was sent to the space on the anniversary of the IRGC establishment (April 22, 1979).

In recent years, Iran has made great achievements in its defense sector and attained self-sufficiency in producing essential military equipment and systems.

The Iranian Armed Forces several times a year test their preparedness and capabilities as well as newly-manufactured weapons systems in different wargames.

Defense analysts and military observers say that Iran's wargames and its advancements in weapons production have proved as a deterrent factor.
Share It :
Related Stories 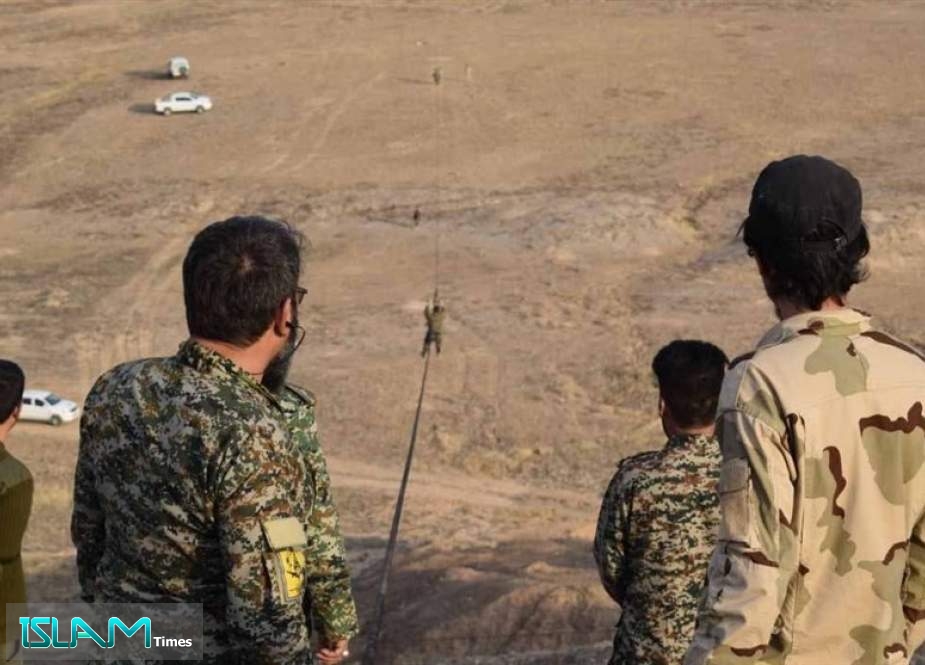