Story Code : 877743
Islam Times - US House of Representatives Speaker Nancy Pelosi (D-Calif.) said Friday that President Trump's attacks on voting by mail during the coronavirus pandemic and his suggestion to postpone the November election are part of an effort to sow confusion and suppress voter turnout.
"The reason he does it is because the more people hear something like that, the more they're discouraged to vote," Pelosi said during an interview with CNN's Brianna Keilar. "It's a way to suppress the vote."

Pelosi noted that Trump's tweet on Thursday floating the idea of delaying the election came on the same day as the funeral for the civil rights legend Rep. John Lewis (D-Ga.).

There is no evidence that either absentee or mail-in ballots increase voter fraud. It's also highly unlikely that all voters will choose to cast their ballots by mail in November.

Trump himself has voted absentee, including for the GOP presidential primary earlier this year.

Trump also swiped at former President Obama, who delivered a eulogy at Lewis's funeral in which he said that "there are those in power who are doing their darnedest to discourage people from voting," including by targeting minorities with restrictive voter ID laws and closing certain polling locations.

Trump, who clashed with Lewis in 2017, notably did not attend the funeral or pay his respects while the late congressman laid in state in the Capitol earlier this week.

Pelosi later appeared to take a dig at Trump's weight, questioning whether there was "an ounce" of decency "in that big frame."

"Three presidents praised John Lewis," Pelosi said. "You would think that there would be an ounce, in that big frame, of decency to say something about the importance of voting in our democracy, instead of criticizing somebody else's eulogy."

Back in May, Pelosi drew pushback when she described Trump as "morbidly obese" while criticizing his decision to take a drug that has not been proven to prevent or cure COVID-19.

"I would rather he not be taking something that has not been approved by the scientists, especially in his age group and in his, shall we say, weight group, morbidly obese, they say," Pelosi said on CNN at the time.
Share It :
Related Stories 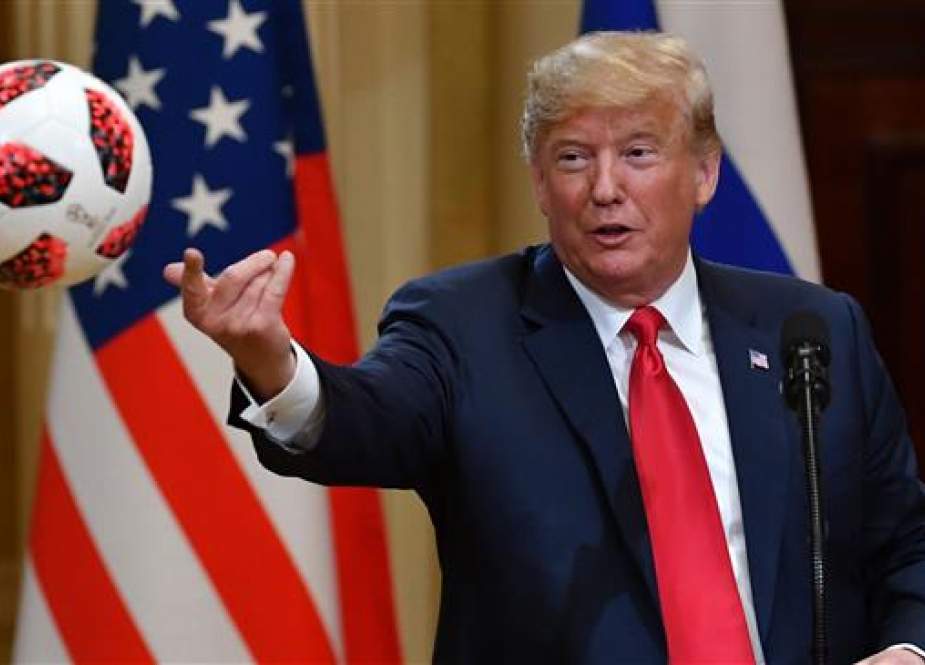 Is Trump trying to ‘change the subject’ from Helsinki fiasco to Iran?
Islam Times - US press secretary Sarah Huckabee Sanders repeat sher boss’s threats against Iran as the administration is still busy handling repercussions ...
Trump trying to placate Pompeo, Bolton by warning to kill millions of Afghans
Trump trying to get Ivanka, Kushner into his administration
Trump trying to divide, scare middle class: Dem candidate
Pelosi Calls Coronavirus 'Trump Virus'
Pelosi Describes Donald Trump as The 'Most Dangerous Person in the History of America'
Pelosi Tear Up Trump's State of the Union Speech after He Snubs Handshake