Story Code : 878962
Islam Times - Hezbollah Secretary General His Eminence Sayyed Hassan Nasrallah delivered on Friday a speech in which he tackled Beirut Port tragedy resembled by the blast that targeted the Lebanese capital port on August 4.
Considering that “What happened in Beirut is a huge humanitarian and national catastrophe by all standards,” Sayyed Nasrallah expressed sympathy and offered condolences to all the families of the martyrs, the injured, the lost and the displaced ones.

He further asked Al-Mighty God a speedy recovery for all the injured and patience to all people affected in this catastrophe.

“This blast was cross-confessional as there are martyrs from all sects,” His Eminence added, pointing out that “The repercussions of the catastrophe are very serious and have major social, health and economic impacts.”

As the Resistance Leader stressed that “This tragedy needs exceptional approach at all levels,” he further praised “the popular solidarity among the Lebanese people.”

“In this tragedy, the popular scene has appeared to stand by each other, as the civil agencies and institutions were present on the ground from the first hour,” His Eminence said.

Meanwhile, Sayyed Nasrallah declared that “Hezbollah, with all its institutions, individuals, and capabilities is at the disposal of the Lebanese state and our people.”

Denouncing the fact that “The entire country was besieged by the Americans and not only a single party”, he declared that “Hezbollah is ready to help every family that has lost its home and needs temporary alternative housing.”

“At the international level, we witnessed great sympathy. We thank all the countries that sent aid,” Hezbollah Secretary General underscored, mentioning that “The most prominent international scene was the visit of the French President to Lebanon, and we look positively to every visit and aid.”

On the internal political level, Sayyed Nasrallah affirmed that “In front of such catastrophe, the parties in any country would suspend their disputes. Unfortunately, in Lebanon, since the first hour of the tragedy, some local and Arab media and some political forces came out and fabricated that the amber is a Hezbollah ammunition storehouse.”
“Those who insisted that there was a Hezbollah arms depot sought to tell the Lebanese people that Hezbollah is to blame and this is a false accusation,” he added, stating: “We do neither manage the port, nor do we interfere in it, and we do not know what is inside it.”
As His Eminence clarified that Hezbollah and its people were affected by the tragedy as some of its people and supporters were martyred and injured, Sayyed Nasrallah “categorically and firmly denied that there is nothing for Hezbollah in the port, neither a weapon store, nor a gun, nor nitrates; not in the past and not now.”

Slamming the fact that “Lebanon has witnessed a great political exploitation of the incident,” Sayyed Nasrallah reiterated that “Any claims that Hezbollah runs the Beirut Port are lies.”

“The investigations are underway and the facts will emerge quickly because the matter is not complicated,” His Eminence added, noting that “Hezbollah might have knowledge of what exists at Haifa's port, but not at Beirut's port, because this is not our responsibility.”

Moreover, His Eminence said: “I don't want to engage in any debates with anyone. This is a moment for solidarity and cooperation.”

Sayyed Nasrallah also urged fair punishment on anyone who the investigation shows involved in the incident, away from any accounts or affiliations. “It should not be allowed during the investigation to protect anyone or hide the facts.”

In parallel, His Eminence called on the “Lebanese people to hold accountable the media channels that instigated and sought to push the country into the edge of civil war.”

“All security agencies can take part in a joint investigation. The Lebanese Army, which everyone says they trust, can carry out the investigation,” he added, underscoring that “The most important point is investigation and accountability.”

Sayyed Nasrallah went on to say: “If the Lebanese state, with all its authorities, has not been to reach a conclusion in the investigation and trial, then there is no hope of building a state. I'm one of those who believe that the approach towards this incident would decide whether or not there is hope in building a state in Lebanon.”

To all those who opened a battle with Hezbollah and the axis of resistance, on the basis of the blast incident, Sayyed Nasrallah sent a clear message: “You will reach nowhere.”

“This resistance, with its credibility and the confidence of the Lebanese people in it, in its performance, strength, as well as its national and regional position, is greater than being attacked by some oppressors, liars, and civil war-seekers,” he assured, pointing out that: "From the womb of the tragedy, chances could be born, and the international approach towards the recent incident is a chance that must be seized by the Lebanese state and people. We can get out of this crisis stronger and more determined to win."
Share It :
Related Stories 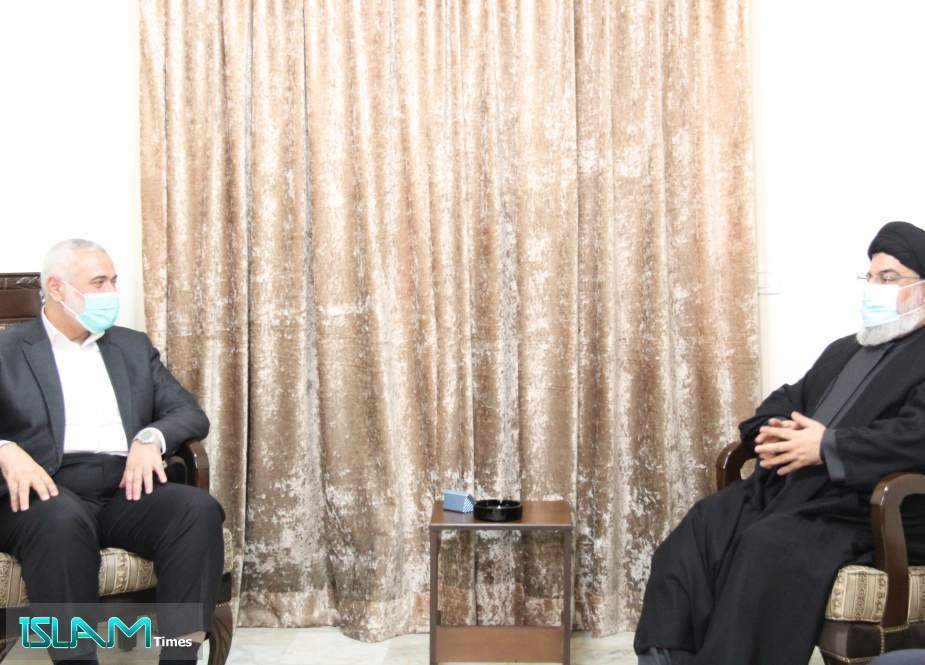