Story Code : 879299
Islam Times - Police forces are failing to increase their low numbers of black officers, despite a promise that a big recruitment drive would finally tackle the much-criticised shortfall.
Just 109 of 7,320 new recruits across England and Wales over the last 15 months – 1.5 percent of the total – are black, according to research by the Liberal Democrats, according to The Indipendent.

That proportion is less than half the size of the black population, which was 3.3 percent when the 2011 census was taken – and has almost certainly risen since.

At no fewer than 23 forces, the number of black officers is still in single figures, including in Warwickshire (2), Gloucestershire (4), West Mercia (5), South Wales (6) and Sussex (8).

The failure to boost numbers comes despite the Black Lives Matter demonstrations that have swept the UK this summer, in part in protest at homegrown racism, including in the police.

The UK’s first black chief constable, Kent’s Mike Fuller, then hit out at the failure to deliver change, saying, “People can’t look to the police service and feel it reflects the society that it serves.”

The Home Office pledged its 20,000 planned extra officers would be “a significant opportunity to improve diversity and to make sure forces truly reflect the people they protect”.

In fact, the proportion of black officers remains at just 1.2 percent of the overall force, barely higher than the 1 percent achieved 13 years ago, in 2007.

The Home Office disputed the analysis, arguing the data used is “provisional and does not yet accurately record the ethnicity of new recruits”, but did not offer any alternative figure for the number of black officers.

But Christine Jardine, the Lib Dems’ home affairs spokesperson, stated, “It is appalling that, in 2020, the Conservative government has launched a recruitment drive for the police that is failing to bring in black officers.

“The Black Lives Matter movement demonstrates the urgent need to tackle racial injustice and build trust and confidence in the police among black communities," Jardine continued.

“That cannot happen without addressing the shocking lack of diversity and bringing more black people into this key profession,” Jardine added.

The National Black Police Association warned that progress had been “negligible”, despite numerous initiatives, and that ethnic minority officers had “negative experiences”.

The Lib Dems calculated the tiny increase from official figures produced, for the first time in such detail, to mark the increase in recruits to the end of June.

The Home Office has hailed the figures as containing the largest numbers of ethnic minority recruits in history, now making up 7.3 percent of the force – up from 6.9 percent last year.

But this is still little more than half the 14 percent ethnic minority make-up of the population as a whole, more than 20 years after the inquiry into the racist murder of Stephen Lawrence first led to official targets.

And, crucially, the Lib Dems believe the overall numbers mask the poor performance for black recruits – where, following the Black Lives Matter protests – demands for change are loudest.

The marchers pointed to the deaths of British black men after being restrained by police “in circumstances not dissimilar to the murder of George Floyd” to explain the protests.

Anger has also been fuelled by the “disproportionate” lockdown-flouting fines levied on black people and their targeting in the growing use of stop and search.

A Home Office spokesperson said, “It is incorrect to say that only 109 black police officers have been recruited since March 2019", adding, “This figure has been obtained by comparing two different sets of statistics. The recently published police uplift data remains provisional and does not yet accurately record the ethnicity of new recruits."

“We’re working hard with the police to improve equality and diversity, and ensure forces are more representative of the communities they serve. Our campaign to recruit 20,000 additional officers over the next three years gives us a generational opportunity to do this,” the spokesperson announced.
Share It :
Related Stories 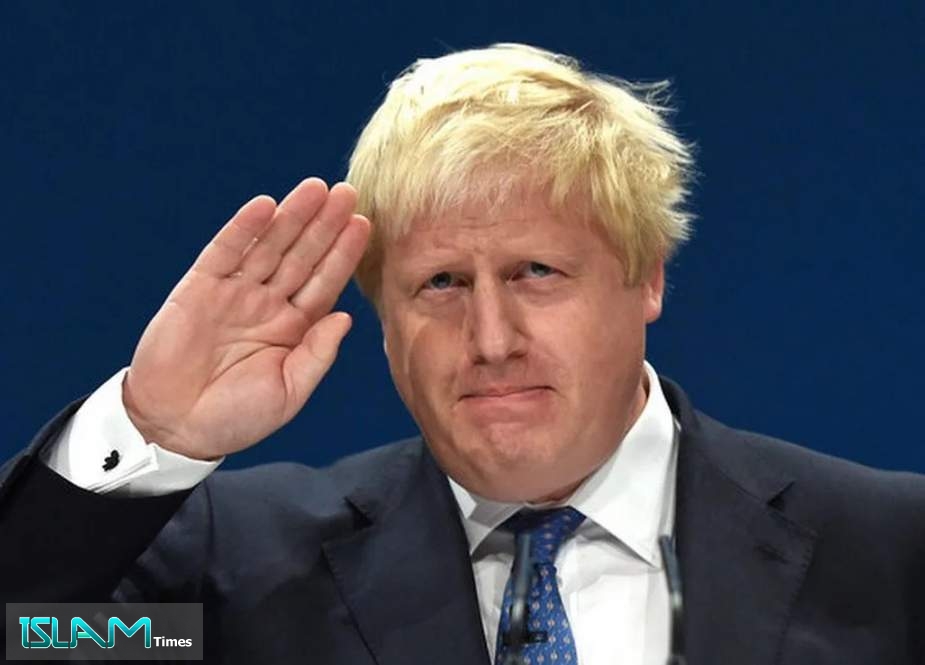