Story Code : 880047
Islam Times - US B-2 stealth bombers arrived at the Naval Support Facility Diego Garcia located in the Indian Ocean after a 29-hour flight "to ensure a free and open Indo-Pacific", Pacific Air Forces announced on Wednesday in a press release.
​The B-2s were dispatched from the 509th Bomb Wing at Whiteman Air Force Base in Missouri earlier this week to support Pacific Air Forces’ Bomber Task Force missions, the press release added, according to RIA Novosti.

"We are excited to return to this important location. [Diego Garcia] puts the 'INDO' in INDOPACOM", the Pacific Air Forces quoted Lt. Col. Christopher Conant, BTF commander, as saying,

"This Bomber Task Force is our National Defence Strategy in action. We are sharpening our lethality while strengthening relationships with key allies, partners, and our sister-service teammates. Despite a global pandemic, the Airmen of Whiteman Air Force Base and Air Force Global Strike Command stand ready to support INDOPACOM and the Department of Defence in achieving our nation’s strategic objectives," he noted.

The move comes as China intends to hold two military drills near Zhoushan, an archipelago some 550km North of Taiwan, according to China's Maritime Safety Administration.

The United States and China have been engaged in a spat over a wide range of issues, including the COVID-19 pandemic, Hong Kong's new security law, and territorial disputes in the South China Sea.

Tensions were further heightened after US Health and Human Services Secretary Alex Azar paid a visit to Taiwan, marking the highest-level visit by a US Cabinet official to the territory since 1979, when Washington switched its official recognition to Beijing and established formal diplomatic relations with the People's Republic of China.
Share It :
Related Stories 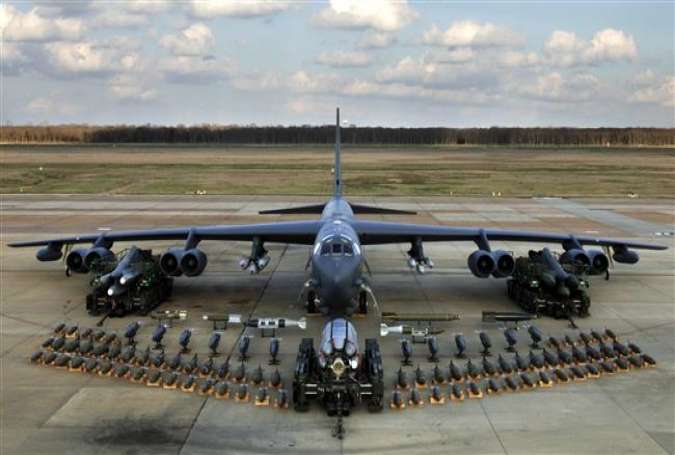