Story Code : 882859
Islam Times - Grand Mufti of occupied al-Quds Sheikh Muhammad Hussein resigned from the so-called Forum for Promoting Peace in Muslim Societies [FPPMS] after the UAE-based organization issued a statement endorsing a recent normalization agreement between Abu Dhabi and Tel Aviv.
“Normalization is a stab in the back of Palestinians and Muslims, and a betrayal for Muslim and Christian holy sites in al-Quds,” Sheikh Hussein said on Wednesday, as he announced his resignation.

It was the second such resignation in recent days. Muslim-American activist Aisha al-Adawiya also quit the FPPMS on Sunday over the organization’s statement.

Al-Adawiya stressed that the topic of normalization was never brought up at a recent board meeting and that “there was no agreement on any kind of support for the UAE’s deal with ‘Israel’.”

“As a result of this breach of trust and consistent with my values, I'm announcing my resignation,” she said in a Facebook post.

Earlier this month, the FPPMS claimed that the normalization deal “stopped ‘Israel’ from extending its sovereignty over Palestinian lands” and was a means to “promote peace and stability across the world.”

It, however, faced criticisms over the controversial statement and was forced to remove it from its platforms.

The ‘Israel’-UAE unashamed deal was announced by the White House on August 13, sparking anger among Palestinians and supporters of their cause against the ‘Israeli’ occupation.
Share It :
Related Stories 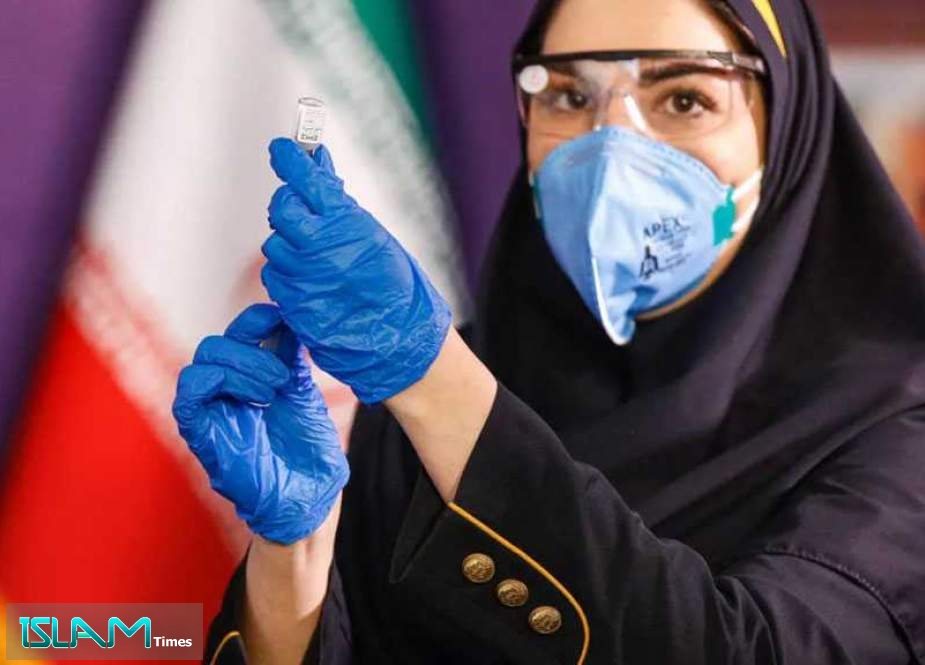 All Volunteers in Good Health after Getting Iranian Vaccine for COVID-19
Islam Times - None of the Iranian volunteers who have been injected with a homegrown vaccine for the coronavirus in clinical trials has shown any ...
Al Qaeda Established, Backed by US: Damascus
All Iraqi Political Groups Agree with Expelling US Forces
Al-Jazeera Journalist Sues Saudi Crown Prince, UAE Leader over Phone Hack
Algerian PM Warns against “Zionist Desire to Come Closer to Borders”
Al-Qatif, The Prey of the House of Saud
Algeria Says Three Extremists Killed in Army Clash
Al-Jaafari: US and Turkey Support Terrorist Organizations, Separatist Militias in Syria
Comment
US and Zionist Regime are Behind the Denial of Justice that is Being Done to Sheikh Zakzaki and the Islamic Movement
Sheikh Zakzaki Speaks against Every Injustice That is Done by Anyone against Humanity
UC Merced Professor Laid Off for Posting Anti-’Israel’ Tweets
Biden Will Recognize Guaido as Venezuela’s Leader
‘Israeli’ Warplanes Bomb Gaza
Qatar Suspends WTO Dispute with UAE As Gulf Conflict Thaws
“Israeli” Navy Prepares for Confrontation against Hezbollah, Hamas
Yemen’s Ansarullah: Blacklisting Won’t Affect Our Stance, We’ll Not Compromise
Biden To Be Sworn in as 46th US President, Ending Trump Era
Iran Blocks Saudi, UAE From Joining UN Disarmament Talks
Russia: Iran Pioneer in Fight against Terrorism
‘As If It Was Baghdad’: US Secret Service Creates Fortified ‘Capitol Green Zone’ Ahead of Inauguration
Is “Israel” Ignoring the Biggest Strategic Threat It Faces?
Trump Confidante Seen at White House With Notes Appearing to Call for ‘Martial Law’
My Uncle ‘Enjoyed Every Second’ of Capitol Riot: Mary Trump
US Withdraws Last Troops from Somalia
Hamas: US Decision to Include ‘Israel’ in CENTCOM “Fruit of Recent Normalization Deals”
Pompeo Accused Iran to Gain Zionists Support in 2024 Election: Pakistani PM
‘Hezbollah Boosted Missile Power as Israel Intensified Aggression in Syria’
Two Female Supreme Court Judges Assassinated in Kabul
Featured Stories