Story Code : 884441
Islam Times - Dozens of arrests have been reported amid a heated anti-lockdown protest in Melbourne, Australia, where hundreds gathered to demand an end to Covid-19 measures, meeting a heavy police presence and at times clashing with officers.
A sizable crowd descended on Melbourne's Shrine of Remembrance on Saturday morning for the ‘Freedom Day’ rally, calling on state authorities to rescind Victoria’s stage-four coronavirus restrictions, which include a nightly curfew.

Chants of “scam!” erupted from the crowd at certain points, apparently led by an elderly man, who was also heard saying: “I can’t believe this is my country! This is my Australia. I was born and bred here – for 82 years!”

A local reporter on the scene reported at least 20 arrests that she’d witnessed first-hand, sharing footage of black-clad officers as they clashed with demonstrators.

Starting their rally at the Shrine of Remembrance, a memorial for veterans of World War I in central Melbourne, the protesters were soon pushed away by riot police, who were seen gathered in large numbers around the area.

Some of the demonstrators have since abandoned the shrine and were seen flocking to another location, according to a local reporter, though their destination was unclear.

A number of arrests were made prior to the rally, with authorities serving warrants to those promoting the prohibited event on social media, including a pregnant woman, who likened her encounter with officers to a “kidnapping.”

Police also reportedly stopped motorists approaching the area around the shrine on Saturday, checking IDs and detaining some individuals, apparently in hopes of preventing a larger gathering.

During a press briefing ahead of the protest, Victoria Premier Daniel Andrews also warned that the demonstration could result in a longer lockdown for the state, calling it “not safe,” “not smart,” and “not the law.”

To date, Australia has tallied more than 26,000 coronavirus infections, as well as some 750 deaths. With about three-quarters of the country’s cases confined to Victoria, however, state authorities have maintained strict virus restrictions, even as activists, businesses and some MPs call to lift the lockdown, pointing to a severe economic recession brought by the measures and erosion of civil liberties.
Share It :
Related Stories 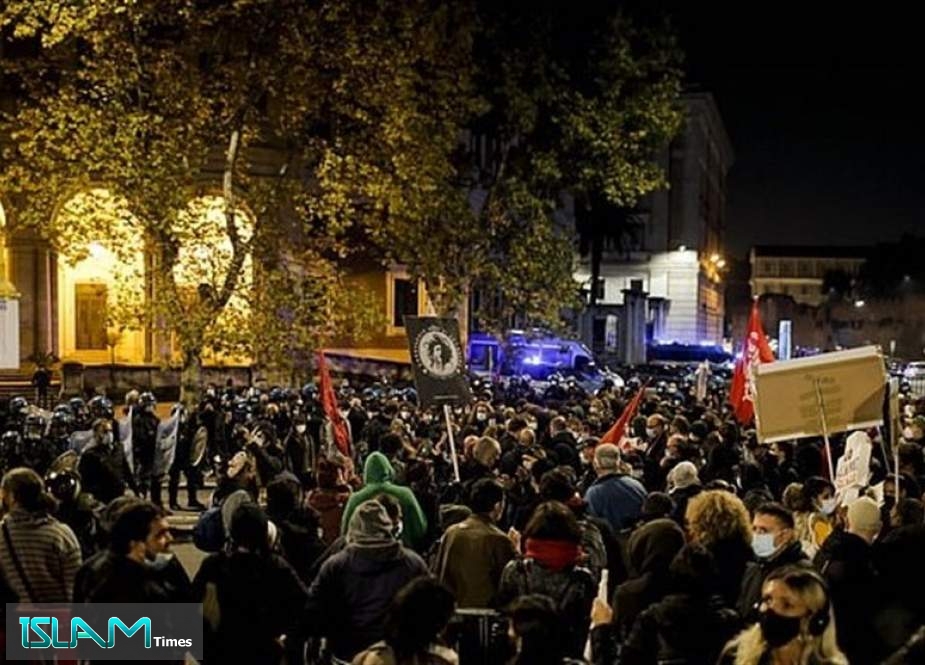