Story Code : 885615
Islam Times - Foreign ministers from the UK, France and Germany agreed to hold out against US demands to snapback all UN sanctions on Iran, despite intensified pressure from the US specifically on the UK government to fall into line.
The US was left isolated at the UN security council last month when it said it wished to reimpose snapback sanctions, with the European nations – known collectively as the E3 – arguing that the US was no longer a participant in the deal and so unable to act unilaterally. The US, which left the deal in 2018, described the E3 position as crackers and pandering to terrorists. A further showdown on the issue at the UN is expected this month.

The UK foreign secretary Dominic Raab hosted a meeting in Chevening in Kent with his German and French counterparts Heiko Maas and Jean-Yves Le Drian.

Germany and France, coperating with the UK over Iran despite the Brexit backdrop, acknowledge there are special UK sensitivities about defying its closest partner the US on such a critical security issue. The European diplomats recognize that the UK wants a free trade deal with the US, and defying the US on snapback may infuriate Donald Trump.

The US also wants the E3 to vote at the UN Security Council against the automatic lifting of the ban on the export of conventional weapons to Iran, but the E3 feel frustrated the US has not yet shown a willingness to negotiate a compromise on the ban’s extent. A maximalist US stance on the ban will only ensure no ban extension is passed since Russia and Germany will use their veto at the Security Council, the E3 believes. The ban is supposed to lift automatically in October in line with the five year timetable set out by the nuclear deal in 2015.

Earlier this week Raab told MPs that the legal advice was reasonably clear that the US had excluded itself from imposing snapback sanctions by leaving the deal in 2018.
Share It :
Related Stories 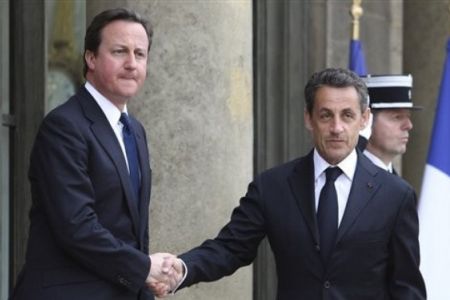