Story Code : 885727
Islam Times - Iranian Foreign Ministry Spokesman Saeed Khatibzadeh slammed a report by the United Nations Human Rights Council on the situation in Yemen, saying that registering Iran’s name alongside arms suppliers to the Saudi Coalition is completely wrong and flawed.
"Though Iran has been named only once in the report, it neglects Iran’s pivotal role and unconditional help to politically solve the crisis in Yemen," Khatibzadeh said.

The Iranian foreign ministry spokesman reiterated that this is while the Western countries, like the US and Canada, are openly selling weapons to the coalition led by Saudi Arabia, noting that the figures on these sales have been published and are at hand.

"Though these countries, under pressure from human rights organizations, reduced or stopped selling arms to the Saudis, the bitter fact is that they are making handsome amounts through neglecting international and ethical commitments," he added.

Khatibzadeh reiterated that they are completely alert that the weapons they sell are used to kill Yemeni people and to destroy their infrastructures as a result of which the biggest human tragedy is happening in Yemen by the Saudi-led coalition and their weapon providers.

"Iran condemned the Saudi attack on Yemen from the very beginning and supported a political solution to the crisis, specially those carried out in Kuwait, Stockholm, and, recently, the efforts made by the UN chief representative for Yemen Martin Griffiths," the Iranian foreign ministry spokesman added.

Referring to the fact that the name of the Saudis has been mentioned tens of times in the report and their destructive role has been underlined, he stressed that the siege on Yemen has prevented Iran from sending humanitarian aids to the country.

"So the claim that Iran is providing weapons has no foundations and is totally false," Khatibzadeh further added.

Saudi Arabia and its allies, including the United Arab Emirates, Morocco, and Sudan, launched a brutal war against Yemen in March 2015 in an attempt to reinstall Yemen’s former president Abd Rabbuh Mansur Hadi.

The aggression initially consisted of a bombing campaign but was later coupled with a naval blockade and the deployment of ground forces to Yemen. Hundreds of thousands of people have died since the war began, says Yemen’s Health Ministry.

The Saudi-led war has also taken a heavy toll on the country’s infrastructure, destroying hospitals, schools, and factories. The United Nations (UN) has said that a record 24 million Yemenis are in dire need of food, including 8.4 million threatened by severe hunger.

Despite Riyadh's claims that it is bombing the positions of the Ansarullah fighters, Saudi bombers are flattening residential areas and civilian infrastructures.

According to several reports, the Saudi-led air campaign against Yemen has driven the impoverished country towards humanitarian disaster, as Saudi Arabia's deadly campaign prevented the patients from travelling abroad for treatment and blocked the entry of medicine into the war-torn country.
Share It :
Related Stories 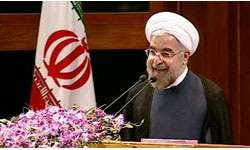