Story Code : 885937
Islam Times - The Sahel region of Africa is a ticking "time bomb" of terrorism and organized crime, a Moroccan police chief told AFP Friday, a day after a suspected Daesh group-affiliated cell was busted.
"It was a dangerous cell primed to go into action at any moment," Abdelhak Khiame, head of the Central Bureau of Judicial Investigation [BCIJ], said in an interview at its offices in Sale, near Morocco's capital Rabat.

Five "extremists", aged between 29 and 43, were detained Thursday in simultaneous operations at sites in Tangiers and the Rabat region, said the Central Bureau of Judicial Investigations.

Explosive belts, three kilograms [6.6 pounds] of ammonium nitrate, electronic equipment and bladed weapons were seized in raids on homes and businesses of the suspects, the bureau said.

Pledges of allegiance to Daesh were discovered. Two of the suspects put up "fierce resistance", leaving a policeman with serious knife wounds.

The head of the group, a 37-year-old fish salesman, had been convicted of a common law crime in 2004 and radicalized since.

Khiame said it was the first such large-scale bust since the 2003 Islamist suicide attacks in Casablanca, Morocco's economic capital, that left 33 dead.

He warned that Daesh "has developed in the Sahel-Sahara region, with the conflict in Libya and in countries like Mali which do not control their security".

"All of this... makes the Sahel region, in my opinion, a time bomb."

Khiame said the dismantled cell had apparently had no direct contact with the militants of Daesh.

But "even if Daesh was defeated in the Levant, in the region of Syria and Iraq, its ideology... does not need territory, it can develop where it finds sympathizers", he said.

Daesh-inspired "cells underground act like sleeper cells which in most cases have no relationship to each other", he said.
Share It :
Related Stories 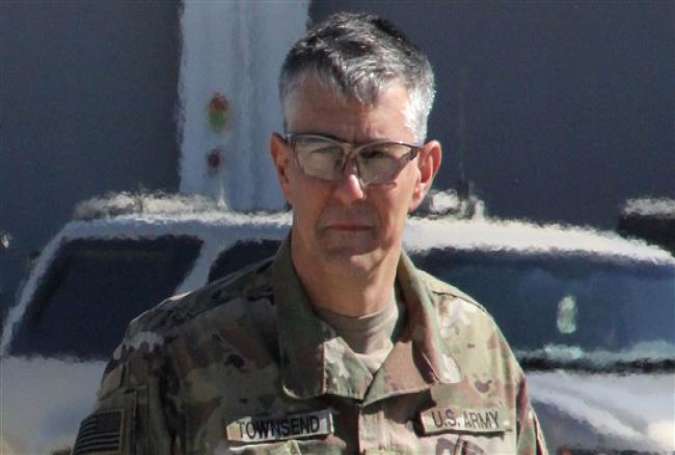 US eyes continued presence in Iraq after Daesh: Top commander
Islam Times - A top US commander says Washington plans to maintain a military footprint in Iraq even after the full eradication of Daesh (ISIL) ...
Water returns to Syria’s Aleppo after Daesh stoppage
Indonesia hit by new deadly explosions after Daesh church bombings
Libya oil storage tanks on fire after Daesh attacks
Carter: US, Partners Need to Stay in Iraq after Daesh Defeat
1000s of displaced Iraqis return to Ramadi after Daesh expulsion
US seeks to hatch new plots after Daesh collapse: Larijani
Intelligence chiefs warn of 'terrorist diaspora' after Daesh fall
Comment
Malaysia’s Anwar Claims to have Majority to Form New Government
US Bully in Last Chance Saloon
The Censored Reason Why the US Would Torpedo the UN over Iran: Iranian Strength
Facebook to ’Restrict Circulation of Content’ If Unrest Follows US Presidential Elections
Road to Saudi Ties with ‘Israel’ Being Paved, Cautiously
Ex-‘Israeli’ Military Officials’ Pre-normalization Gulf Entanglement
Rouhani: US Can Impose Neither Negotiations, Nor War on Iran
IED Explosion in Syria’s Quneitra Causes Material Damage
IRGC Naval Drone Detects US Carrier Strike Group near Hormuz Strait
200,000 Dead as Trump Vilifies Science, Prioritizes Politics
Iraq’s Sadr: Israel Would Mark Own Ending by Opening Embassy in Baghdad
Rights Groups: UAE Hires Thousands of Mercenaries to Carry Out Assassinations in S Yemen
Possible Targets for Taking Revenge for Gen. Soleimani
2,000 Days Since It Began, the War in Yemen Is Poised To Turn Even More Deadly
Why Is Iraq’s Al-Kadhimi Pushing To Cozy Up To Kuwait?
EU Parliament Urges Arms Embargo on Saudi Arabia
SA Minister: US Report of Iran’s Assassination Plot ‘Bizarre’
Ayatollah Khamenei: Sacred Defense Established Security in Iran, Enemies Will Pay Dearly If They Invade Country
Five Nations Are Weighing Normalized Ties to ‘Israel’: Trump Aide
How US Takes Advantage of Terrorism for Purpose of Its Hegemony!
Featured Stories