Story Code : 886178
Islam Times - Top Adviser to Leader of the Islamic Revolution for International Affairs Ali Akbar Velayati slammed the Bahraini agreement to normalize ties with the ‘Israeli’ occupation regime.
“The disgraceful act of Al Khalifah and its insistence on implementing the Deal of the Century and betraying the Palestinian cause displays the recklessness of the rulers of Bahrain and also the UAE that they built a house on the water by pinning hope on empty promises the Great Satan, US, who has shed the blood of thousands of innocent Muslims, both Arabs, and non-Arabs,” Imam Khamenei’s adviser said in a statement on Sunday.

The rulers of Bahrain and the United Arab Emirates displayed their true image, hurt the feelings of millions of free people, and made enemies of the oppressed people of Palestine bolder, Velayati added.

American strategists, who have conceded numerous defeats in recent years in West Asia, have no other aim by these ‘normalization show’ than to satisfy the Zionist lobby and rescue the Zionist PM and the US President, he added.

“Obviously, this shameful act has created new opportunities such as exposing the hypocrisy of some reactionary rulers in the region, revealing the true intentions of the puppets, awakening Muslim nations, unity of Islamic groups and movements, further weakening the compromise process and strengthening the determination of the Resistance by the day,” Velayati noted.

The World Assembly of Islamic Awakening condemns this clear betrayal to the Palestinian cause and to the Arab nations and Islamic Ummah and calls on all Muslim governments and nations to reject the plan and spare no effort till the final defeat of the occupying ‘Israeli’ regime, he added.

“Certainly, with the help of Almighty God, Palestine will be liberated from the river to the sea with the solidarity of the awakened nations and the great scholars and sympathizers of the Islamic Ummah, and the final victory will be for the Palestinian nation,” Velayati’s statement concluded.
Share It :
Related Stories 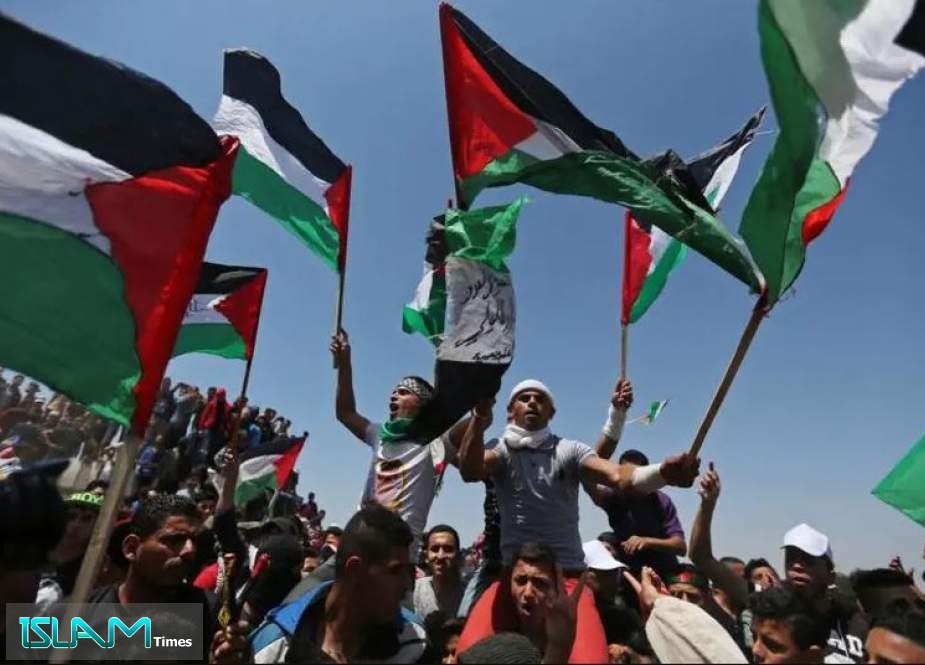 Zionists-UAE Ties Dagger in Palestinians' Back: Hamas
Islam Times - In a statement on Monday, the Palestinian Islamic Resistance Movement (Hamas) named normalization of ties between the UAE and Zionist regime 'a dagger in the back of palestinians'....
Will the UAE Arming Issue Cause A Rift Between the ’Mossad’ And the Occupation Army?
Israeli, UAE FMs Hold First Call as Telephone Service Starts between Two Sides
US Warns UAE over Syria Rapprochement
Will The UAE Survive The Coronavirus Pandemic Crisis?
Will The UAE Survive The Coronavirus Pandemic Crisis?
Daash in UAE
UAE denies Bomb found on American Bound Flight
Comment
Ansarullah Spox: “Israel” Won’t Engage in Regional Confrontation As Long As KSA, UAE Fight on Its Behalf
Ex-IOF Cmdr.: By Responding With Force to 2nd Intifada “Israel” “Won the Battle But Lost the War”
Israeli Delegation Travels to Bahrain to Draft Deal with Manama
IRGC Navy Receives New Combat, VTOL Drones
Palestinian Resistance Factions Sign Petition Criminalizing Normalization Ties with ‘Israel’
Iran, Sweden Study Avenues to Send Food, Medical Aid to Yemen
A Bomb Explodes on way of US Terrorist Army in Iraq
NATO Chief Praises Progress in Turkey-Greece Military Talks to De-escalate Tension
Foreign Ministry: China Has No Interest in Meddling in US Election
Paris: Eiffel Tower Area Cordoned Off due to Blast Threat
Rights Groups: UAE Hires Thousands of Mercenaries to Carry Out Assassinations in S Yemen
Iraq’s Sadr: Israel Would Mark Own Ending by Opening Embassy in Baghdad
Possible Targets for Taking Revenge for Gen. Soleimani
2,000 Days Since It Began, the War in Yemen Is Poised To Turn Even More Deadly
Why Is Iraq’s Al-Kadhimi Pushing To Cozy Up To Kuwait?
Ayatollah Khamenei: Sacred Defense Established Security in Iran, Enemies Will Pay Dearly If They Invade Country
How US Takes Advantage of Terrorism for Purpose of Its Hegemony!
PA Quits Arab League Chairmanship: Unhonored to See Arab States Rush to Normalize with the Occupation
Over 30 Taliban Fighters Killed in Afghan Airstrikes: Govt.
Saudi Arabia Receives New Consignments of French Speedboats
Featured Stories