Story Code : 887471
Islam Times - Iranian Ambassador to London Hamid Bayeedinejad said the recent UN Security Council opposition to the US’ move to reinstate the UN sanctions resolutions against Tehran has caused more isolation for Washington in the global arena.
“Thirty days after the US' first request for restoring six UN sanctions resolutions against Iran, the Security Council, without any move, announced its opposition to the US and filed that request,” Bayeedinejad wrote on his Twitter page on Sunday.

“The US has faced unprecedented isolation and its anti-JCPOA [Joint Comprehensive Plan of action] policy has utterly failed,” he added.

“Britain, France, Germany, the European Union, China, Russia and other members of the UN Security Council have all considered the US' recent move as void and ineffective,” the diplomat noted.

“With the definite defeat of the American policy with regards to the JCPOA, it is time for the US to give up obstinacy and revise its policy basically,” Bayeedinejad said.

The Iranian foreign ministry in a statement on Sunday blasted the US for its claims about re-imposition of the UN Security Council sanctions as “baseless" and a violation of the UNSC decision, warning that Tehran would not hesitate to respond to any illegal imposition of the suspended resolutions.

“The US Secretary of State knows himself that his claim about revival of the UN Security Council sanctions is baseless and void and has no legal effect, and therefore, in his familiar method, he has threatened and intimidated countries to impose national extraterritorial sanctions against them, which is the best evidence of the US acknowledgment of its failure at the Security Council,” the statement said.

“As the Islamic Republic of Iran has repeatedly emphasized, the US regime is the greatest threat to world peace and security; the reality that the US openly intimidates and threatens the world and does not care about the Security Council resolutions has never been as evident as today,” it added.

The statement noted that when the US left the nuclear deal in 2018, it hoped to make Iran surrender or collapse under maximum pressures, but it failed as Washington is more isolated than ever and has now resorted to bullying and blackmailing the international community.

“The current US regime's approach is a major threat to the international peace and security and an unprecedented threat to the UN and the UN Security Council. This time, the US Secretary of State is not only mocking all the principles of international law and the UN Charter, but he is also openly challenging the international community, changing his government's bullying and rogue attitude from a behind-the-scene action to a blatantly overt move,” it added.

“The Islamic Republic of Iran emphasizes that if the US, directly or with the cooperation of a number of its allies, makes any move in line with these threats, it will face a serious reaction and should account for all its dangerous consequences,” the statement warned in conclusion.

Pompeo claimed that Washington delivered a letter to the UN for snapback invocation against Iran to bring back sanctions in 30 days.

Commenting on restoration of sanctions against Iran, Pompeo added, "We are confident that the trigger mechanism will be implemented against Iran".

This is while, France, Germany and the United Kingdom (E3) announced in a statement that they will not support the US snapback mechanism which is incompatible with the current efforts to support JCPOA.

US President Donald Trump, a stern critic of the historic deal, unilaterally pulled Washington out of the JCPOA in May 2018, and unleashed the “toughest ever” sanctions against the Islamic Republic in defiance of global criticism in an attempt to strangle the Iranian oil trade, but to no avail since its "so-called maximum pressure policy" has failed to push Tehran to the negotiating table.

In response to the US’ unilateral move, Tehran has so far rowed back on its nuclear commitments four times in compliance with Articles 26 and 36 of the JCPOA, but stressed that its retaliatory measures will be reversible as soon as Europe finds practical ways to shield the mutual trade from the US sanctions.

Tehran has particularly been disappointed with failure of the three European signatories to the JCPOA -- Britain, France and Germany -- to protect its business interests under the deal after the United States' withdrawal.

On January 5, Iran took a final step in reducing its commitments, and said it would no longer observe any operational limitations on its nuclear industry, whether concerning the capacity and level of uranium enrichment, the volume of stockpiled uranium or research and development.

Now the US has stepped up attempts aimed at extending the UN arms ban on Iran that is set to expire as part of the Joint Comprehensive Plan of Action (JCPOA), which has been endorsed by Security Council Resolution 2231.

The US first sought to extend the Iran's arms embargo in a fresh UNSC resolution in contradiction to the contents of the Resolution 2231 in two attempts within a month, but failed.

The United Nations Security Council resoundingly rejected last month the second US bid to extend an arms embargo on Iran, which is due to expire in October.

The resolution needed support from nine of 15 votes to pass. Eleven members abstained, including France, Germany and Britain, while the US and the Dominican Republic were the only “yes” votes.

The United States has become isolated over Iran at the Security Council following President Donald Trump’s withdrawal from the multilateral Iran nuclear deal 2018.

Iran had said that the US resolution would fail to gain the required support at the Security Council, pointing out that Washington has no legal right to invoke a snapback mechanism to reinstate sanctions against Tehran under the 2015 nuclear deal that the US unilaterally left in May 2018.
Share It :
Related Stories 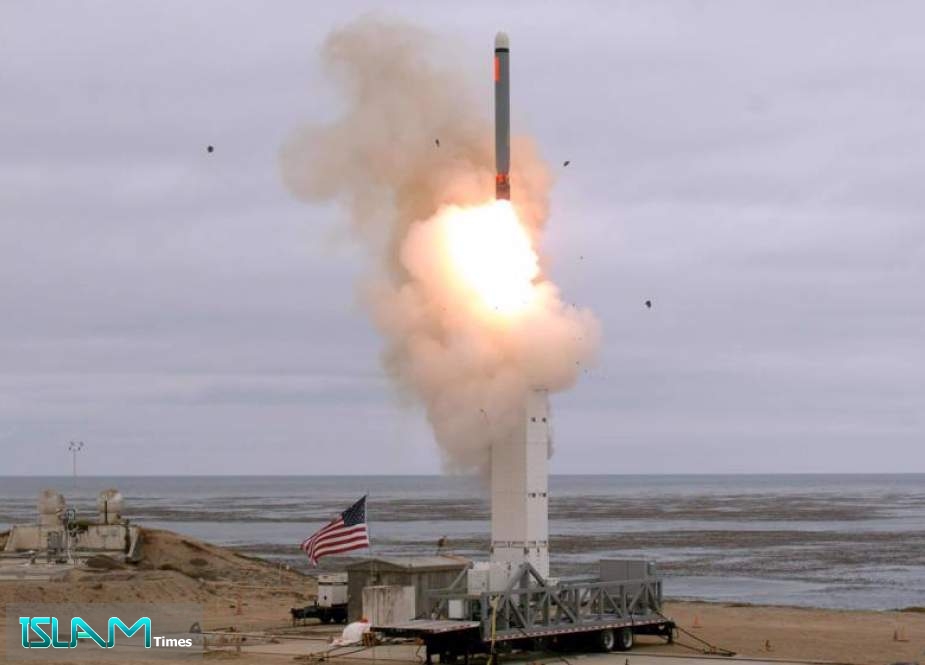