One driver raced toward a crowd of protesters in his car, hitting the breaks at the last moment.

The driver was arrested. A total of 11 protesters were detained by police on Sunday, according to the newspaper.

On Friday, a second coronavirus-related lockdown took effect in the entity, for a period of three weeks with a possibility of extension. An additional 1,000 police officers have been mobilized to enforce the lockdown, Israeli police spokesman Mikhail Zingerman.

Anti-government protests in the “Israeli” entity have been ongoing since July, with demonstrators calling for Netanyahu’s resignation amid an economic crisis caused by the coronavirus pandemic.
Share It :
Related Stories 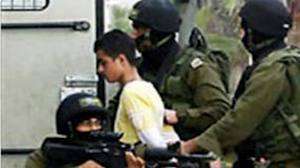