Story Code : 891736
Islam Times - Twenty percent of people in Yemen suffer from mental health disorders as a result of the ongoing Saudi-led war against the impoverished Arab country, the United Nations Population Fund (UNFPA) in Yemen said.
In a recent statement issued on World Mental Health Day, the fund said the figures are based on a study conducted by the Family Counselling and Development Foundation in 2017, noting that the number is likely to have increased due to the coronavirus pandemic and nearly six years of war against the country.

The statement added that the proportion of psychiatrists per population is insufficient, while some of the few existing mental health services have closed as a result of the COVID-19 pandemic.

It called for “greater investment” in mental health this year since it is “most timely and opportune for Yemen as humanitarian actors tackle the reduction of funding and challenges imposed by COVID-19 that are hampering the scaling up of quality and specialized services for mental health.”

Earlier on Saturday, the Media Officer at the UNFPA in Yemen, Fahimia Al-Fateh, said the fund needs $9 million for the women’s protection program and psychological support programs until the end of 2020, warning that if the funding is not received by the end of the month, 21 centres which specialize in psychological support or providing services will close in several governorates, including Ibb, Ta'iz and Hadhramout.

Since March 2015, Saudi Arabia has been conducting bloody military aggression in Yemen with help from its regional allies, and using arms supplied by its Western backers. The aim of the war has been to bring Yemen's former president Abd Rabbuh Mansour Hadi back to power and defeat the Houthi Ansarullah movement.

Since 2015, over 100,000 people have been killed, according to the US-based Armed Conflict Location and Event Data Project (ACLED).
Share It :
Tagged
Yemen
Related Stories 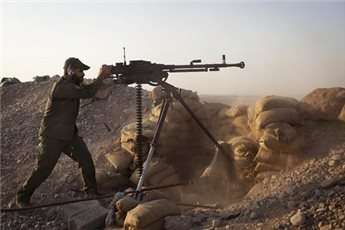