Majority of Arabs Deem Normalization with Israel 'A Treason'

Story Code : 891739
Islam Times - An overwhelming majority of Arab social media users are critical of normalization with Israel, according to a report.
The report published on Sunday found that 81 percent of Arab social media users had “negative” comments about the recent normalization deals signed between Israel and the United Arab Emirates and Bahrain, and 8% had “very negative” views, while only 5% viewed them in a positive light, presstv reported.

The report, which is based on a survey commissioned by Israel’s strategic affairs ministry, also showed that almost half of comments about the Israel-UAE accord posted in the Arab social media (45%) deemed it as “treason”.

The survey, conducted between mid-August and mid-September, found that 27% lamented the UAE’s “interacting with Zionists”, 10% its “hypocrisy” and 5% saw the deal as Abu Dhabi surrendering to American interests.

According to the ministry, the hashtags “Normalization is treason” and “Bahrainis against normalization” together had a “potential exposure of over 100 million accounts”.

The United Arab Emirates (UAE) and Bahrain signed the controversial agreements to normalize ties with Israel at the White House on September 15, amid outrage across Palestine and the Muslim world.

The US-brokered deals make the UAE and Bahrain the third and fourth Arab states to move to normalize ties since Israel signed treaties with Egypt in 1979 and Jordan in 1994.
Share It :
Related Stories 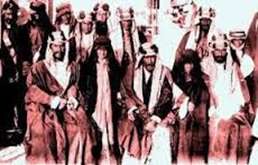