Putin: Russia Has New Weapons US Doesn’t Have, Ready to Discuss Them as Part of New START Talks

Story Code : 892489
Islam Times - Russia possesses new weapons that the US does not have in its arsenal, but it is nevertheless willing to discuss the issue with Washington, Russian President Vladimir Putin said Friday while addressing permanent members of the Russian Security Council.
The president also suggested extending the New START Treaty for one year without any preconditions and to discuss all arms control parameters during that year, RIA Novosti reported.

According to the Russian president, the final remaining arms treaty between the US and Russia has served its purpose without fail, noting that dismantling it without reaching an alternative deal would be deplorable.

Putin also asked Foreign Minister Sergei Lavrov to formulate Russia's position on the treaty, present it to the United States, and attempt to receive a clear response from them quickly. Lavrov promised that he would do so "as soon as possible".

The Russian Foreign Ministry previously stated that two out of five new types of weapons could be covered by the New START, without specifying what kind of arms would be included in the treaty.

The New START, signed in 2010, is the only currently valid Russian-US arms reduction deal. The treaty expires in 2021 and the United States remains undecided on whether to extend it or not, while Russia has repeatedly stressed that it is ready for dialogue.
Share It :
Related Stories 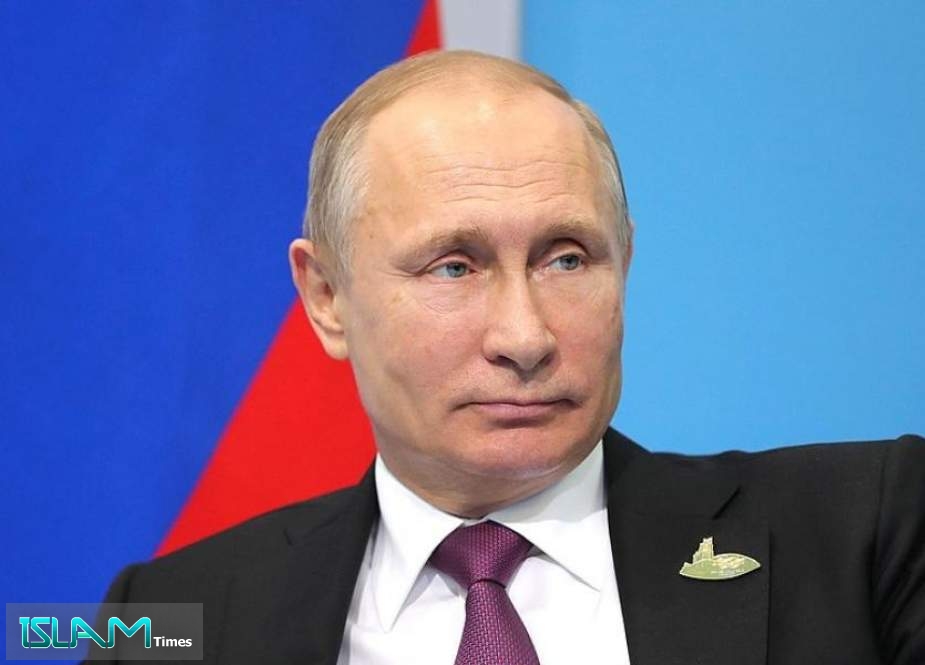 Putin Says US Is Hardly The ‘Superpower’ It Used to Be
Islam Times - Russian President Vladimir Putin suggested that, what he calls, the era of the United States’ “absolute dominance” throughout the international community is far over as the ...
Putin: UN Only Global Structure for Dialogue Based on Parity, Partnership
Putin Invites Azerbaijani, Armenian FMs for Talks
Putin, Netanyahu Discuss Iran, Syria over Phone
Putin, Trump, Macron Urge Immediate Ceasefire in Karabakh
Putin Offers US to Exchange Guarantees of Non-Intervention in Each Other’s Internal Affairs
Putin Hopes Russia’s Law Enforcement Units Won’t Be Used in Belarus: Kremlin
Putin Orders Massive Snap Military Drills
Comment
As U.S. Tensions Soar With China, Taiwan Fears Cannon Fodder Risk
Fake US 'Debate' Can't Hide Death Throes of a Spent Empire
Trump Lifts Sanctions on Sudan as He Announces Deal between African Nation and Zionist Entity
Anti-Netanyahu Rallies Engulf ‘Israeli’-occupied Cities
US Suspends Visa Services in Turkey Over Possible Attacks
UN Says Libyan Sides Sign Countrywide Cease-fire Deal
NATO Has Reduced Number of Troops in Afghanistan to under 12,000: Stoltenberg
Australian Forces Executed Afghan Prisoner for Lack of Space in Helicopter
Erdogan: Turkey Not Going to Discuss S-400 Tests with US
Iran Sanctions US Ambassador to Iraq over Gen. Soleimani’s Assassination
Fearing Being Killed by Iran or Saudis… MBS Not to Normalize Ties with ‘Israel’ Now!
Iranian Military to Hold Drills that Test the Most Developed Weapons
As US Empire Disintegrates, It Becomes more Threatening
45 Lawmakers Urge US to Boycott Saudi-hosted G20 Summit
Mossad Chief: Our Relations with Saudi Arabia Is Not Subject to Any Condition Or Obstacle
Turkey Withdraws from Base in Northwest Syria, Sources Say
‘Israeli’ Military Not Prepared for Chemical Weapons Attack
‘Shameful’: Palestinians Slam UAE Delegation Visit to Israel
Noam Chomsky Decries ‘Rogue’ US for Assassination of Gen. Soleimani
Indonesia Rejects US Request to Allow P-8 Spy Planes to Land, Refuel
Featured Stories