Story Code : 892520
Islam Times - Arab League and top European diplomats have denounced the “Israeli” entity’s approval of thousands of new settler units across the occupied West Bank, less than a month after the United Arab Emirates [UAE] and Bahrain signed agreements to normalize relations with the Tel Aviv regime, which in return pledged to freeze its plans to annex swathes of the occupied territory.
Secretary-General of the Arab League, Ahmed Aboul Gheit, in a statement on Thursday censured “Israeli” officials over giving the green light for the construction of the structures after an eight-month lull in settlement expansion.

He emphasized that the “Israeli” settlement expansion activities remain a formidable obstacle to implementing a so-called two-state solution to the “Israeli”-Palestinian conflict.

“Netanyahu administration’s insistence on pressing ahead with settlement expansion to satisfy the extreme right-wing reflects its rejection of a solution to the conflict, and even its commitment to eliminate any chances for achieving peace in the future,” Aboul Gheit said.

“The international community should assume its responsibilities regarding the Netanyahu administration's attempts to resume settlement activities, especially since there are indications that other settlement construction plans are being prepared to be announced soon,” the Arab League chief pointed out.

Aboul Gheit added he had discussed the matter with the UN Special Coordinator for the Middle East Peace Process, Nickolay Mladenov, during a recent meeting.

Separately, Mladenov condemned on Thursday the entity’s approval of thousands of new settlement housing units in the occupied West Bank.

“On October 14 and 15, Israeli authorities advanced nearly 5,000 housing units, most of which are in outlying locations deep inside the occupied West Bank. Settlement construction is illegal under international law and is one of the major obstacles to peace,” he said in a statement.

The high-ranking UN official then called on “Israeli” authorities to immediately cease all settlement-related activities.

“The expansion of settlements violates international law and further imperils the viability of a [so-called] two-state solution to bring about a just and lasting peace to the ‘Israeli’-Palestinian conflict,” a joint statement from the foreign ministers of Germany, France, Britain, Italy and Spain read.

“As we have emphasized directly with ‘Israel’, this step furthermore undermines efforts to rebuild trust between the parties with a view to resuming dialogue,” the top diplomats said, demanding the immediate cessation of settlement construction activities in the Palestinian lands.

The ministers said pushing ahead with more settlements would be a “counterproductive move” in light of normalization agreements reached between the “Israeli” entity, the UAE and Bahrain.

More than 600,000 “Israeli” settlers live in over 230 settlements built since the 1967 “Israeli” occupation of the Palestinian territories of the West Bank and East al-Quds [Jerusalem].

Since Trump took office in December 2016, the “Israeli” entity has stepped up its illegal settlement construction activities in defiance of United Nations Security Council Resolution 2334, which pronounced settlements in the West Bank and East al-Quds “a flagrant violation under international law.”

All “Israeli” settlements are illegal under international law as they are built on occupied land.
Share It :
Related Stories 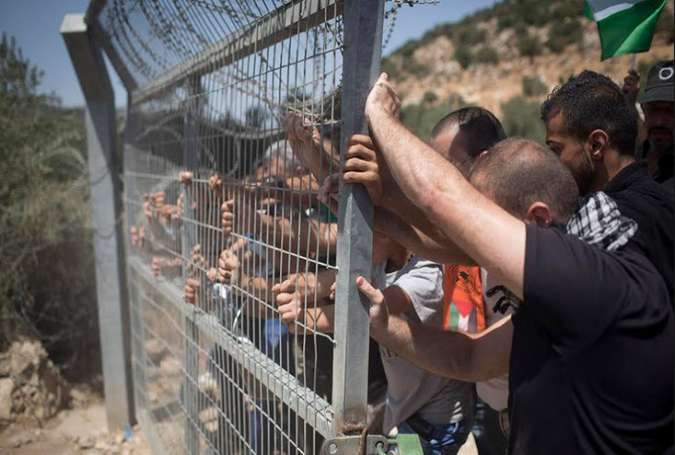