Story Code : 893463
Islam Times - Two French women of Algerian background were stabbed in Paris near the capital's iconic Eiffel Tower, after they were insulted with racist slurs and told to remove their veils by the suspected assailants, reports said on Wednesday.
Kenza and Amel were stabbed multiple times on Sunday evening and hospitalized with severe injuries in what is being treated as a possible hate crime by French police.

Photos of the chilling attack were widely circulated on social media days after the event, prompting criticism of the French's media "silence" over the attempted killing of the two women.

In one distressing grainy video viewed by the “The New Arab”, one of the victims could be heard letting out a series of piercing screams.

"People are so quick to wrongly link Islam to the monster who murdered a teacher earlier this week – yet acts of violence committed against REAL Muslims are being ignored. Islamophobia," AJ journalist Rym Bendimerad said in a tweet on Wednesday.

French outlets, including Le Monde, picked up the story after mounting criticism. On Tuesday evening, Paris Police also released a statement on the incident.

"On October 18, at around 8pm, the police intervened following an emergency call from two women wounded by knives on the Champs-de-Mars' – the Field of Mars by the Eiffel Tower," the police said.

The attack came just hours after tens of thousands of protesters took part in marches across France in support of free speech in the wake of the beheading of schoolteacher Samuel Paty.

The killer, Moscow- born Chechen Takfiri militant Aboulakh Anzoro, reportedly carried out the murder in response to Paty showing some of his pupils cartoons of the Prophet Muhammad.

A relative of the victims told AJ+ that the women were called "d**** Arabs" and were insulted for wearing a veil.

They were then stabbed in front of their children after getting into an argument with the assailants.

According to reports, two suspects were arrested – described as women of "European appearance" – and are being held in custody, facing charges of attempted murder.

France has shut down more than 70 mosques and private Islamic schools since the start of the year, amid heightened tensions in France between self-avowed secularists and the Muslim community.

Last week, French President Emmanuel Macron described Islam as a religion "in crisis" worldwide and said the government would present a bill in December to strengthen a 1905 law that officially separated the church and state in France.
Share It :
Related Stories 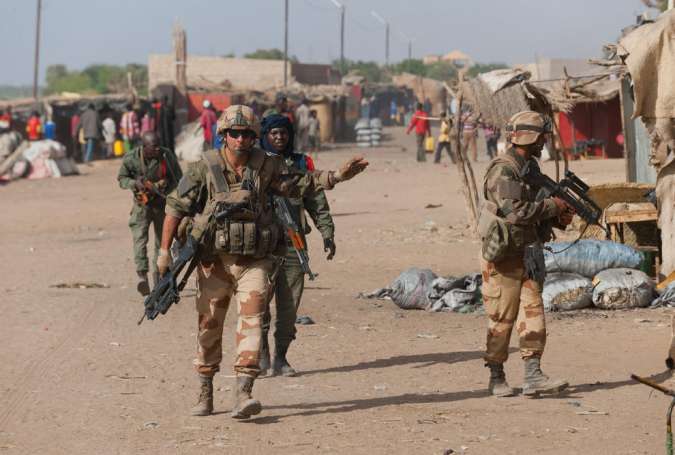