"Given the fact that the level and quality of threats in the air are constantly changing and there is a significant range of threats, defense capabilities of the IRGC Aerospace Force is also changing and updating on a daily basis in line with these threats in a way that today we have prepared a set of surprising capabilities to confront the enemy," he added.

"Certainly, only a part of our capabilities in the field of air defense have been used in the drills, and the enemies will see our surprising power when needed," General Mohammadi Saqqayee said.

Bavar 373 for the first time within the framework of Iran's integrated air defense network, successfully detected, intercepted, fired and destroyed a target with a very low radar cross-section.

It is a mobile missile defense system designed to intercept and destroy incoming hostile targets. The system employs missiles that have a maximum range of 300 kilometers.

The system is capable of simultaneously detecting up to 300 targets, tracking 60 targets at once and engaging six targets at a time.

After detection and tracing, the three powerful radars provided information on the discovered flying targets to the country's integrated air defense network.

The radar which can detect hostile flying objects up to 300km in altitude and 1,100km in distance was tested in Payambar-e Azam (the great messenger) 6 wargames in 2011.

Moraqeb is also one of the pioneering precise 3D phased array systems with a range of 400km which can trace micro-size targets in low and mid altitude as well as drones and radar-evading flying objects.

On the first day of the drills on Wednesday, the Iranian Air Defense Force and the IRGC Aerospace Force’s Mersad and Tabas missile systems attacked hypothetical enemy targets.

The two indigenized missile systems successfully destroyed the aggressive drones of hypothetical enemy which were flying at mid altitude after being traced during the joint wargames by the Army and the IRGC.

Fire operations and rapid movement of defense systems from one location to other locations were among the measures taken in this stage of the drills, which were successfully carried out with the aim of preventing the hypothetical enemies to find the location of defense systems.

Also on Wednesday, the Iranian Army and IRGC forces exercised destruction of hypothetical enemy targets in high and mid altitudes by the powerful home-made Third of Khordad and Khordad 15 air defense systems during the joint aerial wargames on Wednesday.

Also at this stage of the drills which started on Wednesday, hypothetical enemy drones tried to disrupt the function of the Air Defense’s radars by jamming to test their sustainability and capability to continue operations in electronic warfare conditions.

Meantime, electronic jamming operations on the aggressive drones to prevent their flying over the drills zone were successfully carried out.

Elaborating on the features and capabilities of the defense shield, General Hatami said that it can trace targets, including fighter jets and enemy drones, 150km away and intercept them at a range of 120km.

"It can also trace stealth targets in areas 85km in distance, and destroy them at a distance of 45km," he added.

General Hatami said that the missile defense system can trace, engage, and destroy 6 targets simultaneously, enjoys high mobility and can be prepared for operation in less than 5 minutes.

"The system is equipped with (passive) phased-array radar system with a multiple-target-engagement capability. It also has separate launch pads, and operates with Sayyad 3 missiles," he underlined.

The United States had confirmed that one of its reconnaissance planes was shot down by Iranian air defenses, but denied that it intruded into Tehran’s airspace at the time.

Commander of the IRGC Aerospace Force Brigadier General Amir Ali Hajizadeh said at the time that his forces could have also shot down a US P8 aircraft with 35 on board which was violating Iran’s airspace, but decided to shoot down the drone to only send a message to Washington.

“We intended to send a message to American terrorists in the region,” Brigadier General Hajizadeh said on June 21, 2019, adding that his forces had also traced a military P8 aircraft violating the airspace of Iran.

“Along with the American drone was an American P8 aircraft with 35 on board, and it was also violating our airspace and we could have downed it too,” he said, adding, “But we did not do (shoot down) it, because our aim was to warn the terrorist forces of the US.”

General Hajizadeh also stressed on June 22, 2019, that Iran was not after war but was fully ready to defend itself, adding that the fate of the downed US spy drone was waiting for any intruding flying object.

“Our response to anything trespassing Iranian territory is like this, and if such acts of aggression are repeated, our response will also be the same," General Hajizadeh said.

“We don’t embrace war but we are ready to fully defend the country,” he said.

"We possess a collection of US drones which is a proof that US has violated Iran’s airspace and shows that they don’t want to respect the international law,” General Hajizadeh said.

“If such an aggression is repeated, we will add other US (military) products to complete this collection,” he noted.

“The US measure was in violation of international law and we acted according to our legitimate responsibility,” General Hajizadeh said, adding, “It is possible that a US general or some operators were behind this American aggression, we don’t know that. But that measure (intruding into Iranian airspace) is a violation of international aviation rules by a spy drone which then received our natural response." 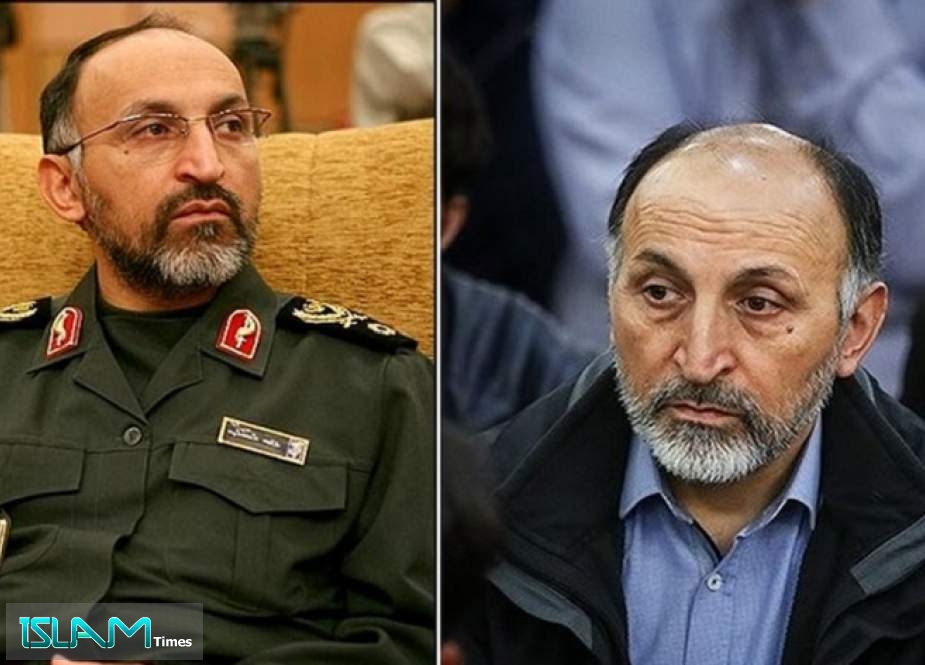