Story Code : 893898
Islam Times - With less than two weeks until the election, one of President Donald Trump's closest allies is preparing for him to be booted out of office.
Boris Johnson has enjoyed a strong working relationship with Trump since becoming the UK's prime minister last year, Business Insider reported.

The pair have repeatedly lavished praise on one another, with Trump endorsing Johnson in the UK's 2019 general election, describing him as a "fantastic man" and "the exact right guy for the times". Trump was also a vocal supporter of the 2016 campaign fronted by Johnson to leave the European Union.

However, as reported by well-connected Conservative party reporter James Forsyth among others, with opinion polls across the Atlantic Ocean pointing to a victory for Joe Biden on November 3, Prime Minister Johnson and his inner circle are now rapidly trying to forge links with the likely winner.

UK Foreign Secretary Dominic Raab recently met with Democratic Sen. Chris Coons, a confidant of Democratic presidential nominee Joe Biden who is regarded as a leading candidate to be Biden's secretary of state if he wins the presidential election.

One UK government minister who represented the general feeling in Johnson's Conservative Party told Forsyth, "It is like a TV show that has run its course. People are bored of it."

Earlier this month, The Sunday Times reported that Johnson and his inner circle had seen polling giving Biden a 70% chance of victory on November 3, and urged government ministers to build relationships with Biden's team.

"They're writing off Trump in No. 10 now," a senior Conservative Party aide told The Sunday Times, referring to 10 Downing Street, the UK prime minister's official residence.

Earlier this week a highly-influential Conservative member of Parliament became the first to publicly endorse Biden.

The UK's former Conservative Chancellor of the Exchequer, Sajid Javid, wrote in The Telegraph newspaper that he supported the Democratic candidate despite having previously backed the Republicans.

Javid, who said he was inspired by the former Republican President Ronald Reagan while living in New York, argued that Biden's support for free trade and international institutions made him better friend to Britain than Trump.

"Reagan-era Republicanism was defined by a commitment to free trade, civil society and rule of law," he said.

"Trump's conservatism has been marked by trade wars, divisive rhetoric and a reckless disregard for the separation of powers," Javid added, adding, "On the international stage, Reagan was a hard-headed realist who executed a concentrated strategy to bring about the collapse of the Soviet Union. Trump has pursued a foreign policy that's as alienating as it is unpredictable."

If the polls are correct and Biden wins next month's election, his first conversations with Johnson will probably be used to clear the air.

The pair have a frosty relationship dating back to when Johnson suggested that Barack Obama's "part-Kenyan" heritage led him to develop anti-British sentiment after the former president warned that the UK would be at the "back of the queue" for a trade deal with the US if it voted for Brexit.

Johnson's government's threat to break the UK's Brexit withdrawal treaty with the EU has also raised tensions with senior Democrats, due to the perceived threat to the Republic of Ireland's border with Northern Ireland.

Biden is expected to prioritize US ties with European allies like Germany and France over the UK if he becomes president — particularly Germany, given how strained Washington's relationship with Chancellor Angela Merkel has become since Trump's election in 2016.

However, there are key areas where Biden and Johnson are likely to converge if the moves into the White House.

The pair share an interest in stepping up global efforts to fight climate change, while a Biden administration will likely take an approach to Russia that is tougher than Trump's and much closer to the UK's.

And with polls suggesting Trump is heading for defeat, Johnson's government is increasingly looking for as many areas of common ground as they can with the likely next president.
Share It :
Related Stories 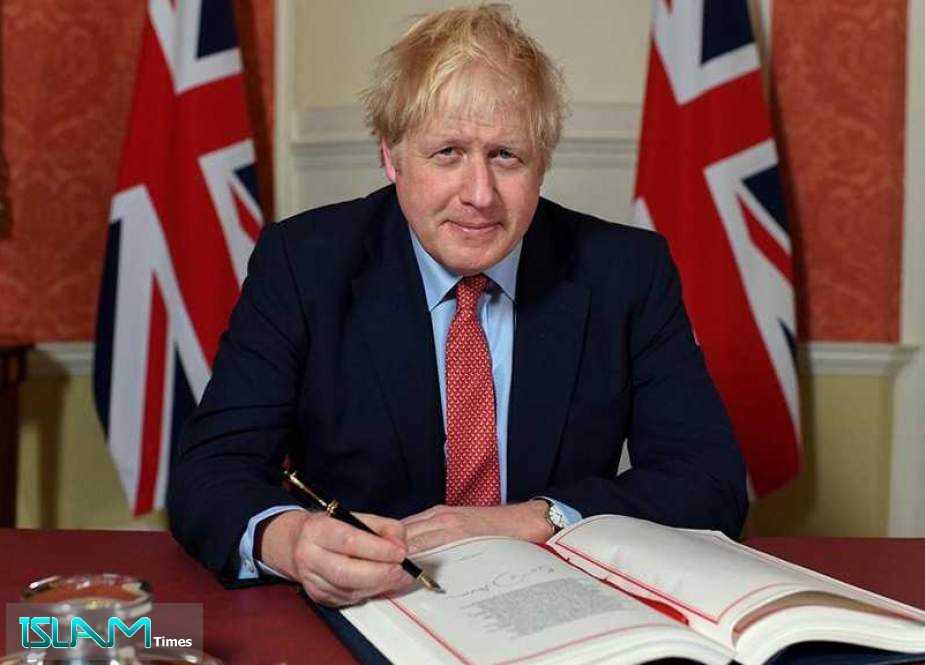