Story Code : 894052
Islam Times - The secretary-general of al-Nujaba will arrive in Tehran today to consult with senior ‎officials of the Islamic Republic.
After leaving for Tehran, Hujjat al-Islam al-Kaabi will meet with high-ranking Iranian state and ‎military officials.‎

According to the Communication and Media Affairs Centre of al-‎Nujaba in Iran, Hujjat al-‎Islam Akram al-Kaabi, the secretary-general of al-Nujaba, will arrive in Tehran tomorrow, ‎November 26, 2020.

Hujjat al-Islam al-Kaabi will meet and consult with prominent state and military personalities ‎during this trip.‎

Investigating the dimensions of the martyrdom of the brave General Haj Qasem Soleymani ‎and the Commander Abu Mahdi al-Muhandis, as well as the plans to expel the American ‎occupiers from Iraq and the region are two of the most important issues that will be ‎discussed in the secretary-general of al-Nujaba’s talks with senior Iranian officials.‎

Hujjat al-Islam al-Kaabi plans to speak to the media at a press conference.
Share It :
Related Stories 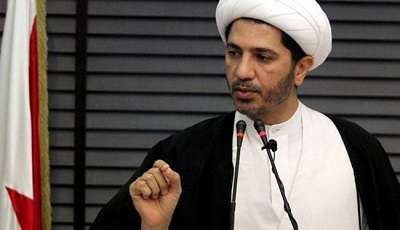