Story Code : 895430
Islam Times - Palestinian prisoner Maher Al-Akhras is at high risk on the 98th day of his hunger strike, both daughter and body warned on Sunday.
Qadri Abu Bakr, head of the Prisoners and Ex-Prisoners Commission in the Palestinian Authority, warned that the life of Al-Akras is in “high danger.”

“Al-Akhras started to lose senses of sight and hearing. He is also incapable of speaking as several vital senses are in danger,” Abu Bakr said on Sunday.

“The Israeli occupation is going ahead with its stubborn policy by refusing to releases Al-Akhras or move him to a Palestinian hospital.”

The daughter of the hunger striker, Islam, said in a Facebook post that her father was “nearing martyrdom” after his health deteriorated.

Al-Akhras has been on hunger strike for 98 days in protest against Israeli occupation’s administrative detention policy, which allows Tel Aviv to hold Palestinians without charge. Earlier in October he was transferred to Israeli Hospital of Kaplan due to deterioration in his health.
Share It :
Related Stories 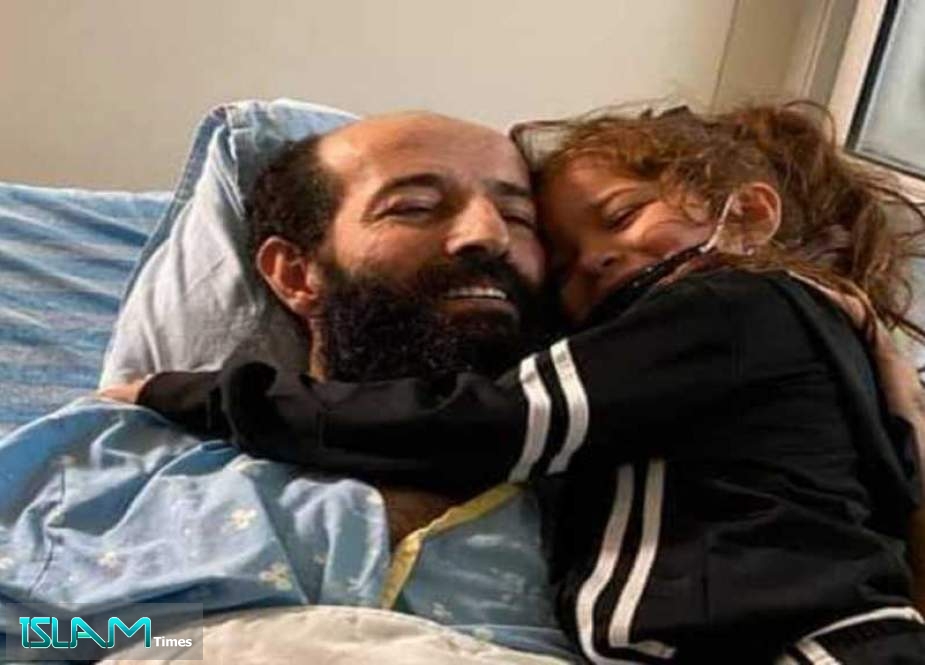