Story Code : 898664
Islam Times - About half of all Republicans believe US President Donald Trump "rightfully won" the US election but that it was stolen from him by widespread voter fraud that favored Democratic President-elect Joe Biden, according to a new Reuters/Ipsos opinion poll.
The Nov. 13-17 opinion poll showed that Trump’s open defiance of Biden's victory in both the popular vote and Electoral College appears to be affecting the public’s confidence in American democracy, especially among Republicans.

Altogether, 73% of those polled agreed that Biden won the election while 5% thought Trump won. But when asked specifically whether Biden had "rightfully won," Republicans showed they were suspicious about how Biden's victory was obtained.

Asked why, Republicans were much more concerned than others that state vote counters had tipped the result toward Biden: 68% of Republicans said they were concerned that the election was "rigged," while only 16% of Democrats and one-third of independents were similarly worried.

Even before winning the 2016 election, Trump kept up a drumbeat of complaints about the process, claiming without evidence that it was unfair to him.

Since Biden amassed enough electoral votes to win the White House on Nov. 7, Trump has ramped up those criticisms, telling his supporters that he is the victim of widespread illegal voting.

Trump has failed to give any proof for his claims and has not been able to back them up in court, however. Republicans announced this week that they were dropping federal election lawsuits in Michigan, Georgia, Pennsylvania and Wisconsin.

The poll showed that more Americans appear to be more suspicious about the US election process than they were four years ago.

Altogether, 55% of adults in the United States said they believed the Nov. 3 presidential election was "legitimate and accurate," which is down 7 points from a similar poll that ran shortly after the 2016 election. The 28% who said they thought the election was "the result of illegal voting or election rigging" is up 12 points from four years ago.

The poll showed Republicans were much more likely to be suspicious of Trump's loss this year than Democrats were when Hillary Clinton lost four years ago.

In 2016, 52% of Democrats said Hillary Clinton's loss to Trump was "legitimate and accurate," even as reports emerged of Russian attempts to influence the outcome. This year, only 26% of Republicans said they thought Trump's loss was similarly legitimate.

The poll was conducted online, in English, throughout the United States. It gathered responses from 1,346 respondents, including 598 Democrats and 496 Republicans, and has a credibility interval, a measure of precision, of 5 percentage points. 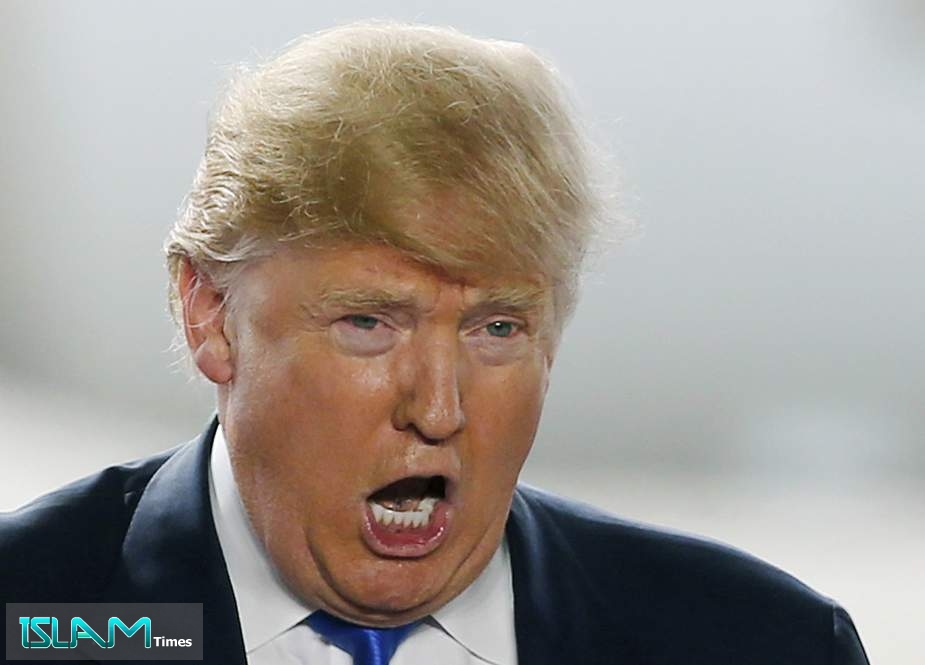 Trump Says FBI, Department of Justice Could Be ‘Involved’ in ‘Rigged US Election’
Islam Times - US President Donald Trump on Sunday said his administration’s Department of Justice and the FBI could be “involved” in an alleged ...
Foreign Ministry: China Has No Interest in Meddling in US Election
Facebook says it identifies campaign to interfere in US elections
Chomsky accuses Israel of ‘brazenly’ meddling in US elections
Russia's Lavrov names EU leaders who ‘interfered’ in US election
FBI, CIA 'not on same page' about Russia’s role in US election
Biden Says 'Chicanery' at Polls Is Only Way He Could Lose US Election
Facebook Says to Block Foreign State Media Ads for US Election
Comment
US Moves against Iran to Lead to Double Defeat for Washington
Bahraini Prisoners Detail Brutal Crackdown to Covid Protest
Republican Senator Blocks Aid to Palestine
‘Israeli’ Occupation Troops Arrest 25 Palestinians in the Occupied West Bank
Khashoggi Killers Trained in US
UN Backs Crimes Committed by Zionists against Palestinians: Islamic Jihad
US Terrified by Free Networks: Yemeni Official
US Presence in Afgahinstan, Source of Expanding Terrorism: Imran Khan
China Condemns Latest US Warship Transit of Taiwan Strait
NATO Continues to Reject Dialogue: Putin
US Triples Vaccines for Taiwan as Tensions with China Escalate
UN Whitewashing “Israeli” Crimes against Palestinian Children!
US Presence in Afgahinstan, Source of Expanding Terrorism: Imran Khan
20 Palestinians Injured As Zionist Settlers Attack Sheikh Jarrah Neighborhood
US May Slow Pullout from Afghanistan
China Condemns Latest US Warship Transit of Taiwan Strait
US Pulling Missile Defense, Other Systems from Saudi Arabia, Other Middle East Countries
Sisi Can Be Ousted Any Minute: Former Supporter
Yemeni Army Shoots Down 'US Spy Drone' over Ma'rib Sky
Secretary-general of al-Nujaba offers congratulations on the ‎victory of Iranian president-elect Raeisi in the elections
Featured Stories