Pompeo: US to Label BDS as ’Anti-Semitic’

Story Code : 898937
Islam Times - The US will label the Boycott, Divestment and Sanctions campaign, which seeks to isolate the “Israeli” entity over its treatment of the Palestinians, as “anti-Semitic”, Secretary of State Mike Pompeo said Thursday, calling the movement "a cancer".
Washington "will regard the global anti-‘Israel’ BDS campaign as anti-Semitic... We want to stand with all other nations that recognize the BDS movement for the cancer that it is," Pompeo said in a joint appearance with “Israeli” Prime Minister Benjamin Netanyahu.

Pompeo also said he will visit the Golan Heights in a controversial visit by a top US diplomat to the Syrian territory occupied by the “Israeli” entity since 1967.

"Today I will get a chance to visit the Golan Heights," Pompeo said.
Share It :
Related Stories 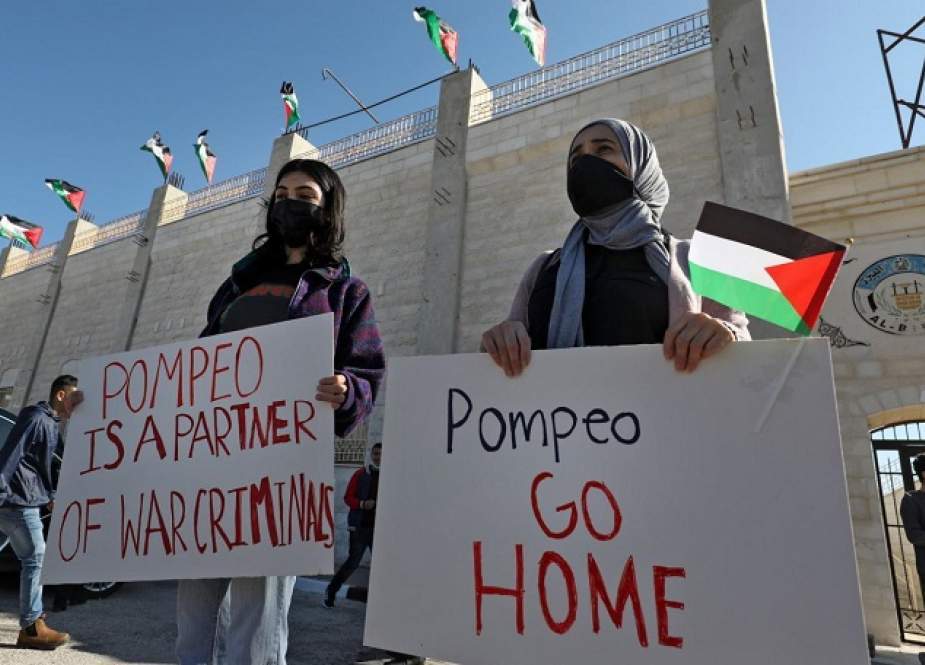 Pompeo spells out the new normal: All criticism of Israel is ‘antisemitic’
Islam Times - It is tempting to dismiss last week’s statements by Mike Pompeo, the US secretary of state,...
Pompeo in Israel: Three announcements that cement 'apartheid'
Pompeo to Meet Taliban Negotiators in Qatar
Pompeo: All Options Remain on the Table against Iran
Pompeo Starts Unprecedented Tour of WB Settlement, ‘Israeli’ Occupied Golan
Pompeo to Make Unprecedented Visit to “Israeli” Settlement in WB
Pompeo Attacks Integrity Of Election, Calls For ‘Second Trump Administration’
Pompeo's Globetrotting a Sign of Weakness, not Strength: Scholar
Comment
Iran: Saudi Arabia Main Hub for Nurturing, Training Terrorists in Region
UN Calls for Probe into Israel’s Use of Lethal Force Against Children
Who Are the Biggest Slaveholders at the Present Time?