Story Code : 899587
Islam Times - A Turkish court will resume the trial in absentia of 20 Saudi officials on Tuesday for the gruesome killing of journalist Jamal Khashoggi.
Khashoggi, a 59-year-old Washington Post newspaper columnist and prominent critic of Saudi Arabia’s de facto ruler Crown Prince Mohammad bin Salman (MbS), was last seen entering the Saudi consulate in Istanbul on October 2, 2018, where he had gone to obtain documents for his impending wedding to his Turkish fiancee, Hatice Cengiz, Al-Jazeera reported.

The journalist was killed at the consulate and his body was reportedly dismembered and removed from the building. His remains have never been found.

The killing sparked international outrage and tarnished the image of MbS.

Turkish President Recep Tayyip Erdogan has said the order to murder Khashoggi came from “the highest levels” of the Saudi government but has not directly blamed MbS.

Saudi Arabia said Khashoggi was killed in a “rogue operation” by agents and the crown prince has denied ordering it.

A further 18 Saudi nationals were charged with premeditated murder. Prosecutors are seeking life sentences for all of the accused.

The defendants all left Turkey and Saudi Arabia has refused to extradite them. “Red notice” detention requests via Interpol have been issued for the 20 men.

The indictment included evidence from phone records and CCTV footage of the suspects and named 54 witnesses, including 26 Turkish members of staff of the consulate and the consul’s residence.

Agnes Callamard, the United Nations expert on extrajudicial killings, has said the indictment was a “counterbalance to the travesty of justice at the hands of Saudi Arabia”.

A Saudi court in September overturned the death sentences handed down to five defendants after a closed-door trial in Saudi Arabia last year, sentencing them to 20 years in prison instead.

A Saudi prosecutor had said there was no evidence connecting al-Qahtani to the killing and dismissed charges against al-Asiri.

Cengiz testified at the opening session of the trial in Istanbul on July 3.

“[Khashoggi] was called to that consulate with great betrayal and deception,” Cengiz said.

Several consulate staff members were called as witnesses, including local technician Zeki Demir who described an “air of panic” at the consulate on the day of the killing and said he had been asked to “light up the oven” before he left.

Court-appointed Turkish defence lawyers said they had been unable to reach their clients.

The trial was adjourned to November 24, when further witness testimony will be heard.

In September, six new Saudi nationals were named in a second indictment by Turkish prosecutors, linked to the alleged cover-up of the murder, which is set to be combined with the continuing trial.

Erol Onderoglu, Turkey representative of Reporters Without Borders, told Al-Jazeera it was vital to secure justice for Khashoggi and for the case to lead to improved international protection mechanisms, such as a UN special representative for the safety of journalists.

“It is important that the international community create concrete steps to prevent such horrific cases in the future,” Onderoglu added. 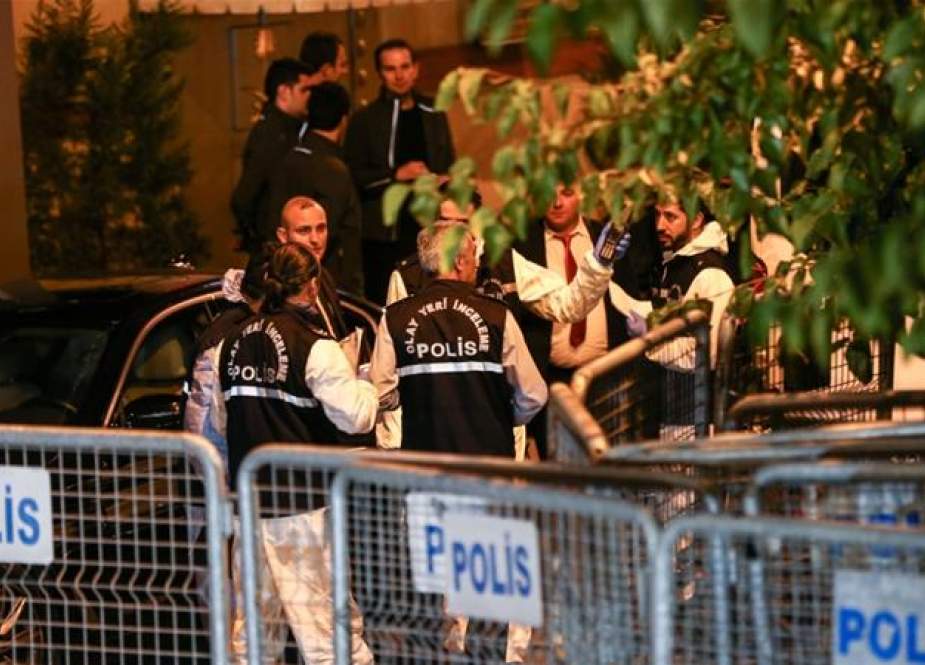