Story Code : 899688
Islam Times - Avril Haines, tapped by President-elect Joe Biden to be the top US spy, is a former CIA No. 2 who would be taking over as the chief overseer of a US intelligence community beset by low morale and charges its work has been used for political attacks.
A lawyer from New York, judo brown belt and licensed pilot who once tried unsuccessfully to fly a small plane across the Atlantic Ocean, Haines is the first woman named as director of national intelligence, a post created after the Sept. 11, 2001, attacks to coordinate the work of the 17 US intelligence agencies.

Republican and Democratic Senate sources said Haines is expected to win confirmation – but not without some hard questioning about her role as deputy CIA director from August 2013 to January 2015 and her views on national security challenges, from Russia to cyber warfare.

"Avril is smart and capable," said Mark Warner, the top Democrat on the Senate Intelligence Committee. "I expect that she will face rigorous questioning from senators on both sides of the aisle."

At the CIA, Haines accepted a review board’s recommendation not to discipline CIA officials involved in monitoring computers used by intelligence committee staffers to draft a report on the agency’s detention of suspected extremists subjected to brutal interrogation methods widely condemned as torture.

Speaking earlier this year with the Daily Beast, Haines said she found the recommendation "persuasive" and unrelated to the report or the interrogation program, and she condemned torture as "immoral."

She returned to the White House as former President Barack Obama’s deputy national security adviser. There, she steered a decision to expand US refugee admissions as the Syrian war unleashed a refugee flood, arguing that doing so contradicted extremists’ anti-Western messages.

If confirmed, Haines would confront low workforce morale fueled by US President Donald Trump’s attacks on intelligence agencies and their assessments and his ousters of career officials he considered disloyal.

She would succeed John Ratcliffe, a former Texas congressman with scant intelligence experience when he was chosen in February by Trump after vigorously opposing Trump’s impeachment.

Democrats and former intelligence officials accuse Ratcliffe of declassifying intelligence for use by Trump and his Republican allies to attack political opponents, including Biden, a charge Ratcliffe’s office has denied.

"The sooner we can get a confirmed DNI in place to start fixing the damage the last four years have done to our intelligence agencies, the better," said Warner.
Share It :
Related Stories 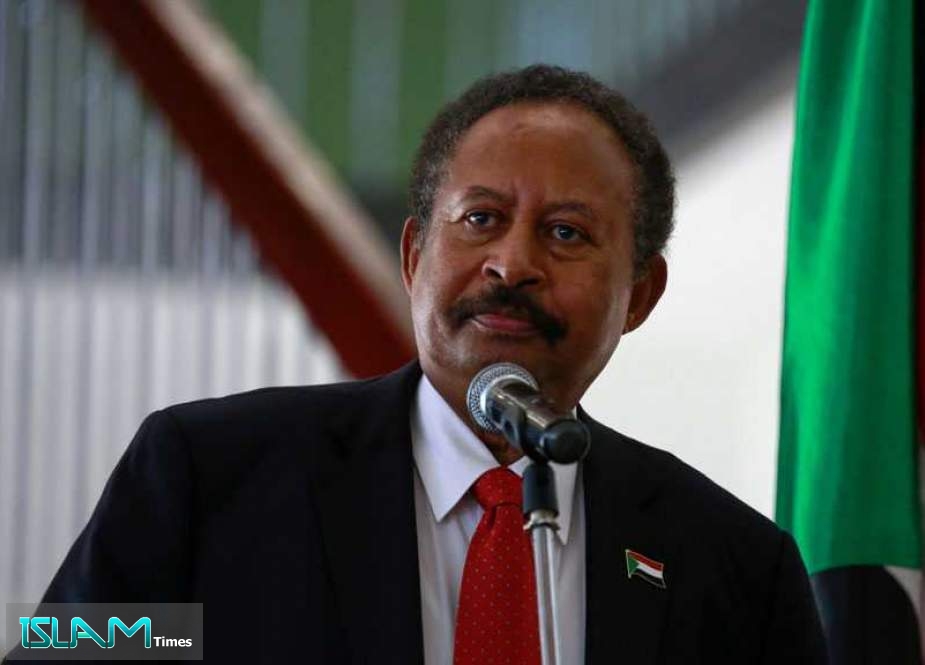 Sudan in The Footsteps of Emirates: Normalization for Wheat and Oil
Islam Times - Quickly encouraged by the US and UAE, Sudan is about to normalize relations with “Israel”, in the light of a civilian-military agreement ...
Berlin Slams Trump’s Decision to Freeze Payments to WHO
US Uses ISIS as ‘Scarecrow’ to Intimidate Others, While Secretly Backing Them: Syrian FM
Democrats hate Tulsi Gabbard because she reminds them what they used to stand for
More And More Civilians Are Being Killed In Our Name. Where Is The Outrage?
NYT apologizes, says didn’t mean to ‘normalize’ white nationalism
Trump's deputy assistant Sebastian Gorka resigns from White House
US won’t impose sanctions on China before Xi visit: White House official
Comment
Trump’s 2nd Impeachment Trial to Commence Week of February 8
Russia to Respond in Kind to US Embassy’s Attempts to 'Cover' Unsanctioned Rallies
Syria Calls on UN to Condemn Israeli Raids
UN Urged to Take Action to Prevent Imminent Humanitarian Crisis in Yemen
NYT: Trump, DOJ Attorney Had Plan to Replace His Acting AG, Undo Georgia Election Result
Presidency Press Office Denies Any Hezbollah Pressures on President Aoun pertaining Government Formation: Statement
Economic Crisis is Deepening in US: Joe Biden
New UK Coronavirus is More Deadly: British PM
US Ready to Work with EU on China, Iran, Russia
Two Roadside Bomb Attacks Target US Convoys in Southern Iraq
More US Troops on Syria’s Ground?!
Syria Condemns US ‘Systematic Looting’ of Its Resources, Oil in NE, Calls for Immediate Withdrawal of Occupation Forces
Biden Fires Trump’s White House Chief Usher
US and Zionist Regime are Behind the Denial of Justice that is Being Done to Sheikh Zakzaki and the Islamic Movement
US Military Apache Crashes in Syria’s Hasakah - Report
US Return to JCPOA Should Not Couple with Preconditions for Iran: Russia
Qatar Calls on Persian Gulf states to Engage in Talks with Iran
Maduro Hails Trump’s Departure: He Left Alone, This Is Our Triumph!
“Israeli” Navy Prepares for Confrontation against Hezbollah, Hamas
Iran Blocks Saudi, UAE From Joining UN Disarmament Talks
Featured Stories