Story Code : 908852
Islam Times - Head of the Yemeni National Salvation Government has said that Saudi Arabia and the UAE have a clear and common project to divide Yemen, in addition to special projects for controlling Yemen.
The UAE aspires to control a number of Yemeni cities, islands, and sites, and Saudi Arabia wants to control other parts, Bin Habtoor told Almasirah, on Thursday.

Bin Habtoor explained that the countries that had normalized relations with Israel are part of the US Western-Zionist project and they are now seeking to form an alliance against Iran because it has sided with Palestine.

Head of the National Salvation Government added that there is a project of fragmentation in the Arab and Islamic region that has been drawn for more than 100 years in favor of the Zionist project and the occupation of Palestine.

He stressed that any project that resists the Zionist project in the region, of course, will be faced by the entire Western project.
Share It :
Related Stories 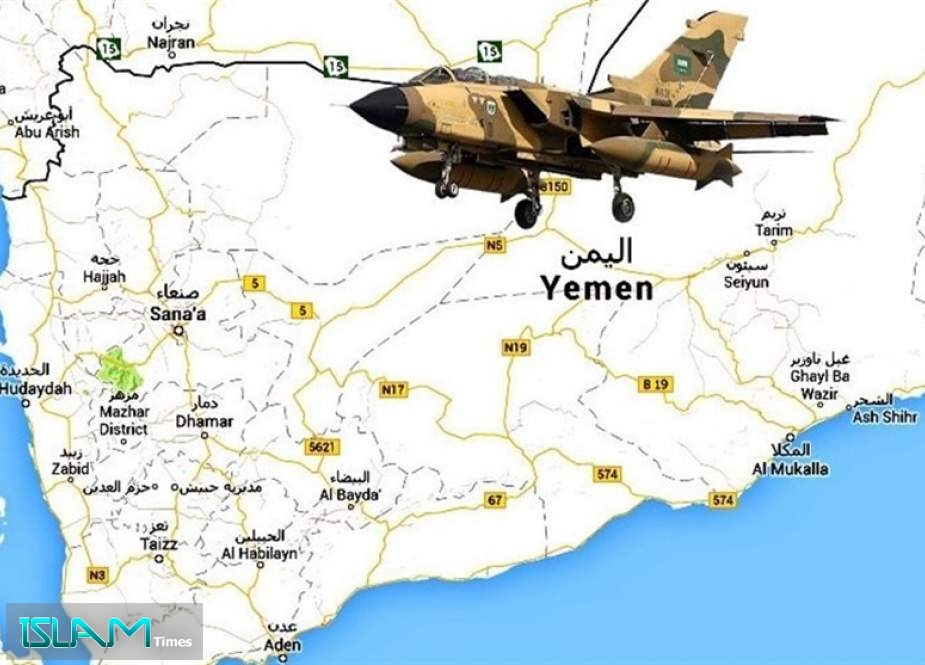 Leaked Documents: Saudi Arabia After Dividing Yemen
Islam Times - Saudi secret documents published recently revealed that the kingdom's strategy in Yemen has been based on dividing the country through supporting various entities instead ...
US Senators Press Saudi Arabia to Put Oil Cut in Motion
IAEA's Amano asks Saudi Arabia to provide safeguards for 1st nuclear reactor
US begins to view Saudi Arabia as a liability
How IS US Milking Saudi Arabia?
China Hopes Iran, Saudi Arabia Resolve Differences through Talks: FM
US, UK protecting Saudi Arabia in its war on Yemen
Will Yemen Become Saudi Arabia's Vietnam?
Comment
US and Zionist Regime are Behind the Denial of Justice that is Being Done to Sheikh Zakzaki and the Islamic Movement
Sheikh Zakzaki Speaks against Every Injustice That is Done by Anyone against Humanity
UC Merced Professor Laid Off for Posting Anti-’Israel’ Tweets
Biden Will Recognize Guaido as Venezuela’s Leader
‘Israeli’ Warplanes Bomb Gaza
Qatar Suspends WTO Dispute with UAE As Gulf Conflict Thaws
“Israeli” Navy Prepares for Confrontation against Hezbollah, Hamas
Yemen’s Ansarullah: Blacklisting Won’t Affect Our Stance, We’ll Not Compromise
Biden To Be Sworn in as 46th US President, Ending Trump Era
Iran Blocks Saudi, UAE From Joining UN Disarmament Talks
Russia: Iran Pioneer in Fight against Terrorism
‘As If It Was Baghdad’: US Secret Service Creates Fortified ‘Capitol Green Zone’ Ahead of Inauguration
Is “Israel” Ignoring the Biggest Strategic Threat It Faces?
Trump Confidante Seen at White House With Notes Appearing to Call for ‘Martial Law’
My Uncle ‘Enjoyed Every Second’ of Capitol Riot: Mary Trump
US Withdraws Last Troops from Somalia
Hamas: US Decision to Include ‘Israel’ in CENTCOM “Fruit of Recent Normalization Deals”
Pompeo Accused Iran to Gain Zionists Support in 2024 Election: Pakistani PM
‘Hezbollah Boosted Missile Power as Israel Intensified Aggression in Syria’
Two Female Supreme Court Judges Assassinated in Kabul
Featured Stories