Imam Khamenei: US Interests Are Based on Destabilizing Stability, Security of Region

Story Code : 908884
Islam Times - Leader of the Islamic Revolution His Eminence Imam Sayyed Ali Khamenei delivers a speech marking the anniversary of the anti-Shah revolution of the people of Qom.
In his speech on Friday, Imam Khamenei referred to the contributions made by both martyrs, Iranian General Qassem Soleimani and deputy commander of Iraq’s Popular Mobilization Units Abu Mahdi al-Muhandis, “to many movements that had increased the people's insights”.

Given the importance of the Qom Uprising, Imam Khamenei urged the nation to learn lessons from it.

Furthermore, the Leader of the Islamic Revolution warned that “with the spread of the social media networks, there are great capabilities for the treacherous powers to change the content of the uprising, especially for those who were not closely present during it”.

His eminence went on to say, “Among the most important works of the arrogant apparatuses in the meantime is to monitor the global incidents and display them differently via their hired pens,” adding that “US intelligence is promoting a different analyses of the events and spreading it to misinform the public opinion”.

Imam Khamenei asserted the importance of the Qom uprising, explain that it has “extended to other cities and gradually turned into a general revolution”.

The Leader further highlighted that the Islamic Revolution had “a religious leader whose call was based on religious concepts,” referring to late Ayatollah Imam Ruhollah Khomeini.

“The Qom uprising was anti-American, anti-arrogance and against the malicious powers that were defending the Shah's anti-religion and corrupt regime,” Imam Khamenei added.

Elsewhere in his speech, the Imam pointed to the American values which “are being mocked today,” stressing that “the US economy is paralyzed”.

His Eminence shed light on the dangers of dealing with America, saying, “Some people consider that dealing with the US will make things well, but look at the situations of the countries being given bounties by the US”.

According to the Imam, “The US interests are based on destabilizing the region's stability and security”.

“Our country enjoys stability, steadfastness, and capabilities, as well as intellectual, political and military equipment. We have overcome many obstacles, and this is our goal,” the Leader of the Revolution advised.

Moreover, Imam Khamenei pointed to the strength of the Iranian nation, highlighting that, “Our stances towards the US are based on our independence”.

The Imam stressed that “the Western front should put an end to this malicious movement and lift the sanctions against our people,” adding, “Our economy should be organized in a way that confronts the sanctions, and our presence boosts persistence and stability in the region”.

“Isn't it the right of the Islamic Republic to create a deterring power in face of the aggressions?” His Eminence asked, to which he replied, “Our enemies revise their actions 100 times before executing any idiotic act against us”.

Imam Khamenei assured the nation of the Iranians commitment “to defend our country and we shouldn't make anything that allows the enemy dare to take any act against us”.

Accordingly, the Leader warned the enemy not to underestimate Iran and its capabilities, saying, “When the missile of the Islamic Republic can down the hostile American drone, and when Iran's missiles can bomb the Ain al-Assad base, then the enemy should take our defensive system into consideration”.

Regarding Iran’s nuclear program, the Imam agreed that “the Iranian parliament and government's decision to reduce the nuclear deal commitments was right and rational because the other side isn't committed to its pledges,” adding that “when the other side returns to its commitments, we will do the same”.

In his speech, His Eminence also stressed the importance of a society that complements one another, saying, “I believe in depending on the youth; but this doesn't mean cancelling the role of the previous generation”.

Imam Khamenei said that “The American and British vaccines will not be allowed to enter our country,” clarifying that “The US vaccine is their scandal” since although the Americans “have the vaccine and their deaths are near 400,000”.

The Imam concluded, “the US may send its vaccine to try it on other peoples”.
Share It :
Related Stories 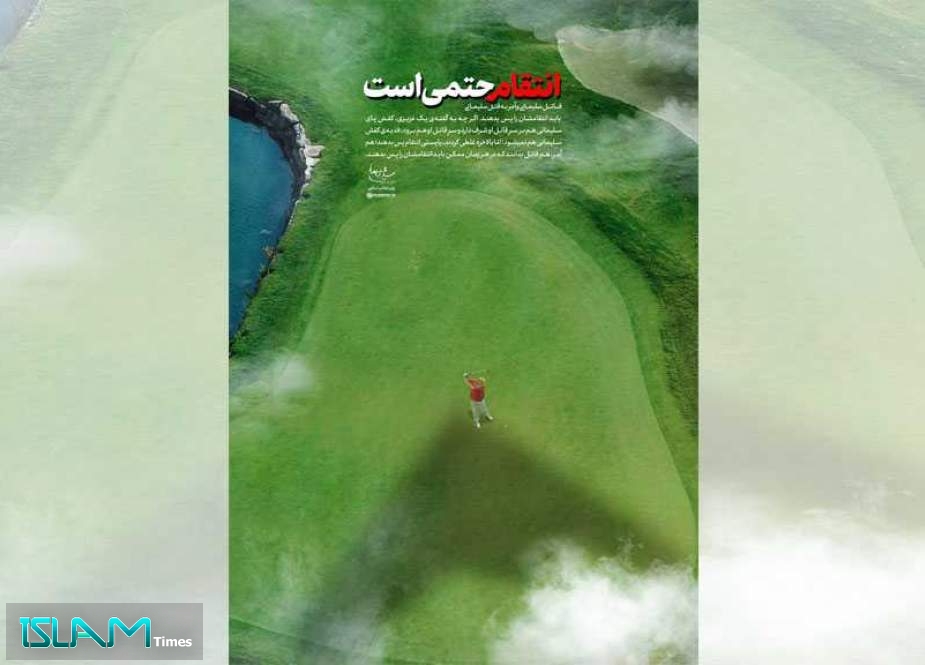