Story Code : 909088
Islam Times - Fifty-seven percent of Americans want Republican US President Donald Trump to be immediately removed from office after he encouraged a protest this week that escalated into a deadly riot inside the US Capitol, according to a recent poll.
Most of them were Democrats, however, with Republicans apparently much more supportive of Trump serving out the final days of his term, which ends on Jan. 20.

The national public opinion survey, conducted Thursday and Friday, also showed that seven out of 10 of those who voted for Trump in November opposed the action of the hardcore supporters who broke into the Capitol while lawmakers were meeting to certify the election victory of Democrat Joe Biden.

Nearly 70% of Americans surveyed also said they disapprove of Trump’s actions in the run-up to Wednesday’s assault. At a rally earlier in the day, Trump had exhorted thousands of his followers to march to the Capitol.

The chaos on Capitol Hill, in which a police officer and four others died, has been widely condemned by both Democrats and Republicans.

Democrats in the House of Representatives plan to introduce misconduct charges on Monday that could lead to a second impeachment of Trump, two sources familiar with the matter said.

“If the President does not leave office imminently and willingly, the Congress will proceed with our action,” House Speaker Nancy Pelosi said in a statement.

The public’s reaction is divided by political party, as it has been on almost every major issue in the Trump era. While almost everyone condemned the violent confrontation, calls for Trump’s ouster came mostly from Democrats.

Altogether, the majority of Americans who said they want Trump to leave office before his term ends includes about nine out of every ten Democrats polled but just two in ten Republicans.

Some 30% said the president should be removed using provisions in the 25th Amendment of the US Constitution, which allows the vice president and Cabinet to remove the president if he is unable to discharge his official duties.

Another 14% said Congress should impeach and remove Trump from office, and 13% said Trump should simply resign.

Trump, who lost the Nov. 3 election by about seven million votes, called on his supporters on Wednesday to march on Congress, telling them at a rally that “you will never take back our country with weakness.”

A small minority of the American public -- 12% -- said they supported the actions of those people who took part in the riot.

Seventy-nine percent of adults, including two-thirds of Republicans and Trump voters, described the participants as either “criminals” or “fools.” Nine percent saw them as “concerned citizens” and 5% called them “patriots.”

The Reuters/Ipsos poll was conducted online, in English, throughout the United States. It gathered responses from 1,005 American adults, including 339 who said they voted for Trump. The results have a credibility interval, a measure of precision, of 4 percentage points.
Share It :
Related Stories 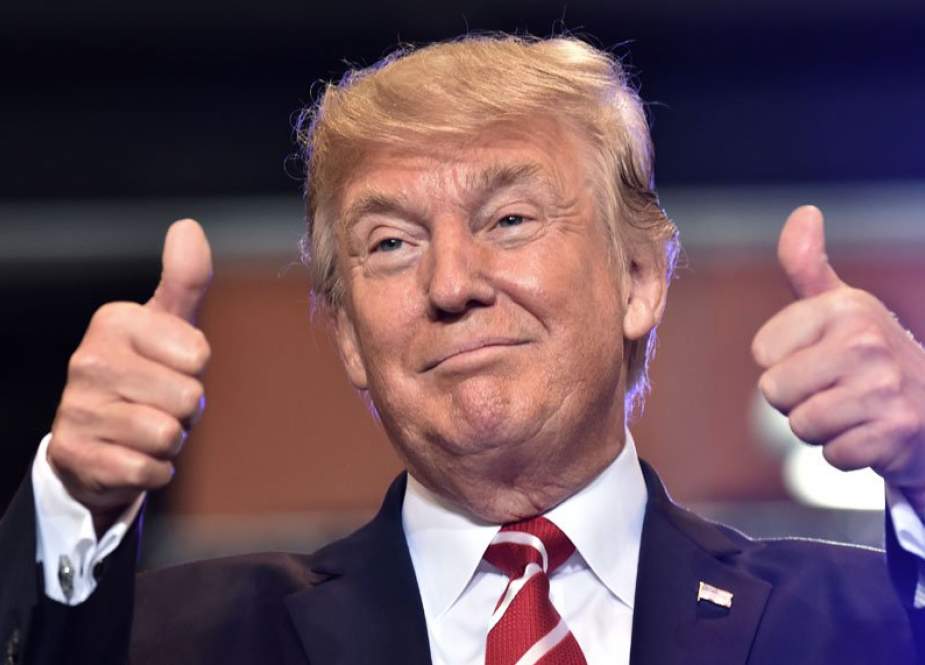 Trump says he might win 2020 election despite gloomy polls
Islam Times - US President Donald Trump has confidently spoken about his intention to sweep the country’s upcoming presidential polls, playing down poll returns that have cast doubt on ...
Half of Americans to vote for Democrats in November: Poll
Trump’s disapproval rating hits record 60 percent: Poll
48 percent of Americans support Trump's impeachment: Poll
Clinton, Trump will win US presidential nominations: Poll
Donald Trump opens up 30-point lead over GOP rivals: Poll
Venezuela opposition rises to power in parliamentary polls
Palestinians prefer Hamas leader Haniyeh over Abbas, poll shows
Comment
COVID-19 Spreading Among Palestinian Inmates in “Israeli” Prison, Cases Rise to 15
Biden’s Secretary of State: US to Seek ’Longer & Stronger’ Deal with Iran
Pelosi Accuses Trump of Being ’An Accessory’ To Murder Over January 6th Capitol Violence
US and Zionist Regime are Behind the Denial of Justice that is Being Done to Sheikh Zakzaki and the Islamic Movement
Sheikh Zakzaki Speaks against Every Injustice That is Done by Anyone against Humanity
UC Merced Professor Laid Off for Posting Anti-’Israel’ Tweets
Biden Will Recognize Guaido as Venezuela’s Leader
‘Israeli’ Warplanes Bomb Gaza
Qatar Suspends WTO Dispute with UAE As Gulf Conflict Thaws
“Israeli” Navy Prepares for Confrontation against Hezbollah, Hamas
Russia: Iran Pioneer in Fight against Terrorism
‘As If It Was Baghdad’: US Secret Service Creates Fortified ‘Capitol Green Zone’ Ahead of Inauguration
Is “Israel” Ignoring the Biggest Strategic Threat It Faces?
Trump Confidante Seen at White House With Notes Appearing to Call for ‘Martial Law’
My Uncle ‘Enjoyed Every Second’ of Capitol Riot: Mary Trump
US Withdraws Last Troops from Somalia
‘Hezbollah Boosted Missile Power as Israel Intensified Aggression in Syria’
Hamas: US Decision to Include ‘Israel’ in CENTCOM “Fruit of Recent Normalization Deals”
Two Female Supreme Court Judges Assassinated in Kabul
Qatar Calls on Persian Gulf states to Engage in Talks with Iran
Featured Stories