Story Code : 909382
Islam Times - The commander of the Islamic Revolution Guards Corps (IRGC)’s Navy says Iran is in full control of the Persian Gulf region and monitors all movements by extra regional forces that are present in these waters.
“Today, we have full control over the Persian Gulf and dominate the entire waters. The permanent presence of the Basij force has provided us with adequate manpower to have complete control of the region. At the same time, we monitor all developments using electronic and electro-optic systems,” Rear Admiral Alireza Tangsiri made the remarks in a televised interview released on Sunday.

“The Persian Gulf is full security,” he said, stressing that only extraregional powers coming from far away to the Persian Gulf would potentially intend to cause insecurity there.

The top commander emphasized that Iran’s Navy monitors all hostile foreign forces upon their entry into the Strait of Hormuz and enforces the bandwidth control code, adding, “They never enter our [territorial] waters and are constantly monitored until they get out [of the Persian Gulf].”

Elsewhere in his remarks, the IRGC Navy commander added that deterrence in the face of hostile forces cannot be achieved through mere political means, but it can only be achieved “if your power exceeds that of your enemy.”

“This [superior military power] will cause your enemy to step back. So, don’t think that we can make the enemy withdraw through mere political means,” Tangsiri emphasized.

He said every time that the Iranian naval forces get prepared to stage military drills, the enemy sees their operational and missile power, and this acts as a deterrent factor in the face of the enemy. 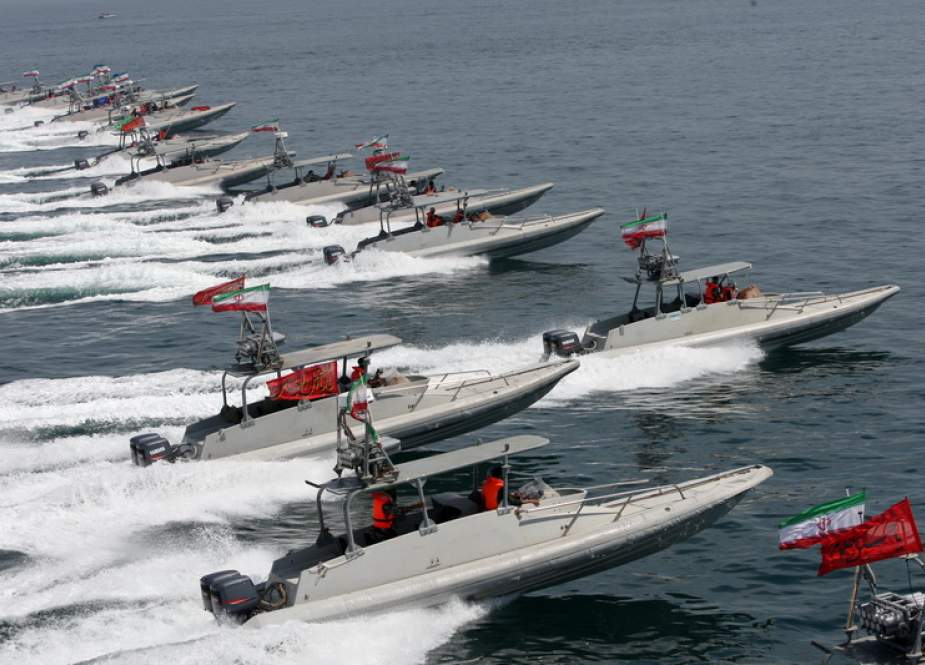