Story Code : 909488
Islam Times - Vice-chairman of National Security and Foreign Policy Commission of Iran’s Parliament said the JCPOA was a bilateral agreement, stating that if the sanctions continue, the survival of it is not in Iran's interest.
In an interview with Iran Press Agency, Shahriar Heydari asked whether there was a will to lift sanctions against Iran.

He stated that with Donald Trump coming to power, the United States withdrew from the Joint Comprehensive Plan of Action (JCPOA), and the sanctions against Iran were not only not lifted, but even increased.

He noted that the US withdrawal was a violation of the agreement, adding this approach would be welcomed if the Biden administration returns to the agreement with a new approach aimed at fulfilling US commitments.

The law "Strategic Action to Lift Sanctions" has been approved by the Islamic Consultative Assembly, aiming at encouraging the parties to fulfill their obligations under the Iran nuclear deal, Heydari pointed.
Share It :
Related Stories 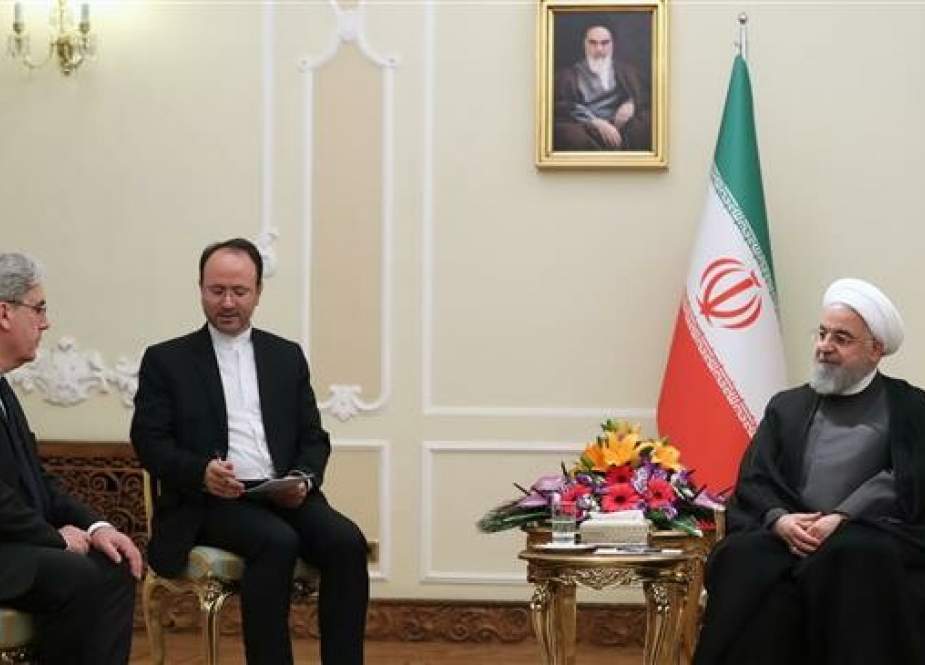 Collapse of nuclear deal will not benefit Iran, France, world: Rouhani
Islam Times - Iran's President Hassan Rouhani says France and other signatories to a 2015 nuclear deal with the Islamic Republic must do their best ...
Comment
China Dismisses Pompeo Uighur Genocide Claim as Outrageous Lies
COVID-19 Spreading Among Palestinian Inmates in “Israeli” Prison, Cases Rise to 15
Biden’s Secretary of State: US to Seek ’Longer & Stronger’ Deal with Iran
Pelosi Accuses Trump of Being ’An Accessory’ To Murder Over January 6th Capitol Violence
US and Zionist Regime are Behind the Denial of Justice that is Being Done to Sheikh Zakzaki and the Islamic Movement
Sheikh Zakzaki Speaks against Every Injustice That is Done by Anyone against Humanity
UC Merced Professor Laid Off for Posting Anti-’Israel’ Tweets
Biden Will Recognize Guaido as Venezuela’s Leader
‘Israeli’ Warplanes Bomb Gaza
Qatar Suspends WTO Dispute with UAE As Gulf Conflict Thaws
Russia: Iran Pioneer in Fight against Terrorism
‘As If It Was Baghdad’: US Secret Service Creates Fortified ‘Capitol Green Zone’ Ahead of Inauguration
Is “Israel” Ignoring the Biggest Strategic Threat It Faces?
Trump Confidante Seen at White House With Notes Appearing to Call for ‘Martial Law’
My Uncle ‘Enjoyed Every Second’ of Capitol Riot: Mary Trump
US Withdraws Last Troops from Somalia
‘Hezbollah Boosted Missile Power as Israel Intensified Aggression in Syria’
Hamas: US Decision to Include ‘Israel’ in CENTCOM “Fruit of Recent Normalization Deals”
Two Female Supreme Court Judges Assassinated in Kabul
Qatar Calls on Persian Gulf states to Engage in Talks with Iran
Featured Stories