Story Code : 909786
Islam Times - Former US Ambassador to Yemen Gerald Feierstein slammed the administration of President Donald Trump for its decision to designate the Houthi Ansarullah movement as a terrorist group, stating that this move is "a big mistake" with no importance to Iran or the Houthis.
The US administration will designate Yemen's Houthi movement as a foreign terrorist organization in a move that diplomats, members of Congress and international aid groups fear could further inflame the situation on the ground, upend UN peace talks, and likely to severely worsen the war-torn country’s humanitarian crisis.

"It's a big mistake," Feierstein told CNN on Monday.

"It mostly is a problem for the US government more than for the Houthis," the former envoy added.

"The Houthis will be more or less unaffected by this. Obviously, Iran doesn't care whether we designate the Houthis as a terrorist organization or not," he said.

"But it does make it much more complicated for the US government to play a positive role in helping to resolve the conflict," he continued.

In a statement released just before midnight Sunday, Secretary of State Mike Pompeo said that the State Department would notify Congress of its intent to designate the group as a foreign terrorist organization as well as a Specially Designated Global Terrorist entity. Pompeo added he also intends to designate three of the group's leaders --- Abdul Malik al-Houthi, Abd al-Khaliq Badr al-Din al-Houthi and Abdullah Yahya al Hakim --- as specially designated global terrorists.

The Houthis responded to the announcement by denouncing the US administration and its behavior as “terrorist”. Mohammed Ali al-Houthi, a member of Yemen's Supreme Political Council, stated they “reserve the right to respond to any designation” issued by Washington.

Lawmakers in the United States have also called on President-elect Joe Biden to overturn the Trump administration’s decision to label the movement a “foreign terrorist organization”, slamming it as “short-sighted” and “a death sentence” for millions of people already reeling from years of war.

In recent months, the Trump administration was facing mounting calls to abandon threats to sanction Houthi to avoid an imminent danger of extreme famine in the country, where almost two-thirds of the population are in need of food aid.

The United Nations warned in December that the number of people facing catastrophic food insecurity could triple in the first six months of 2021, and the opportunity to prevent famine in Yemen "is slipping away with every day that passes".

Saudi Arabia has been leading a war on Yemen since March 2015. The war, which the UN calls the world’s worst humanitarian crisis, has claimed the lives of hundreds of thousands of people in the impoverished Arab country over the last six years.

The US and a number of European countries are major suppliers of weapons to the Riyadh-led coalition, and observers say Washington's recent move is aimed at justifying any form of aggression against Yemen and paving the way for further attacks by Saudi-led coalition on the impoverished nation.

As admitted even by former US military officials, the Houthi Ansarullah Movement has so far been the only force fighting against the Al-Qaeda in Yemen, known as the Al-Qaeda in the Arabian Peninsula (AQAP), while the Saudi and UAE armies have stood in alliance with the AQAP in parts of the country in support of the illegal government of Mansour Hadi.
Share It :
Related Stories 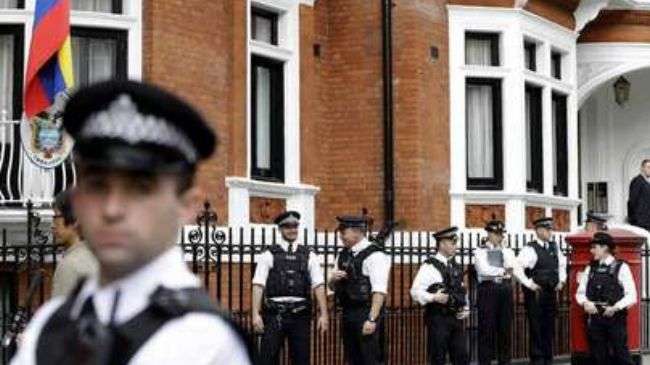