Story Code : 911196
Islam Times - Yemeni Minister of Defense, Major General Mohammad Nasser Al-Atefi, confirmed that the Ministry and the Chief of Staff, under the directives and direct supervision of the Commander and the Supreme Political Council, are in a race against time to develop and manufacture strategic deterrence weapons and the rest of the military weapons.
He explained that: “what happened of injustice and aggression against Yemen led us and the intelligence service to this level,” indicating that Yemen’s Ansarullah revolutionary movement’s leader Sayyed Abdulmalik Al-Houthi said more than once that events, conflicts and challenges are the ones that make nations and break others.

Major General Al-Atefi also confirmed that the Yemeni Armed Forces have high-tech systems, some of which are currently used in defense of Yemen, and some will be revealed in the near future, pointing out that these systems will make major changes in the strategy of war and confronting aggression. He added, "The aggression against Yemen will stop under the pressure of force, and we, in Yemen, have this power, as we have achieved a qualitative leap in the field of manufacturing of various types of light, medium and heavy weapons."

He went on to say that "we knew about the designation of Ansarullah as a terrorist group, and this does not impact us in Yemen, and the whole world knows that these are political maneuvers. Because the US doesn't have the right, nor entitled, to designate, whoever defends his country and people, as a terrorist."

Al-Atefi stated that Americans themselves who support this aggression and kill people should be designated as terrorists, pointing out that "terrorist groups are an American industry."
Share It :
Related Stories 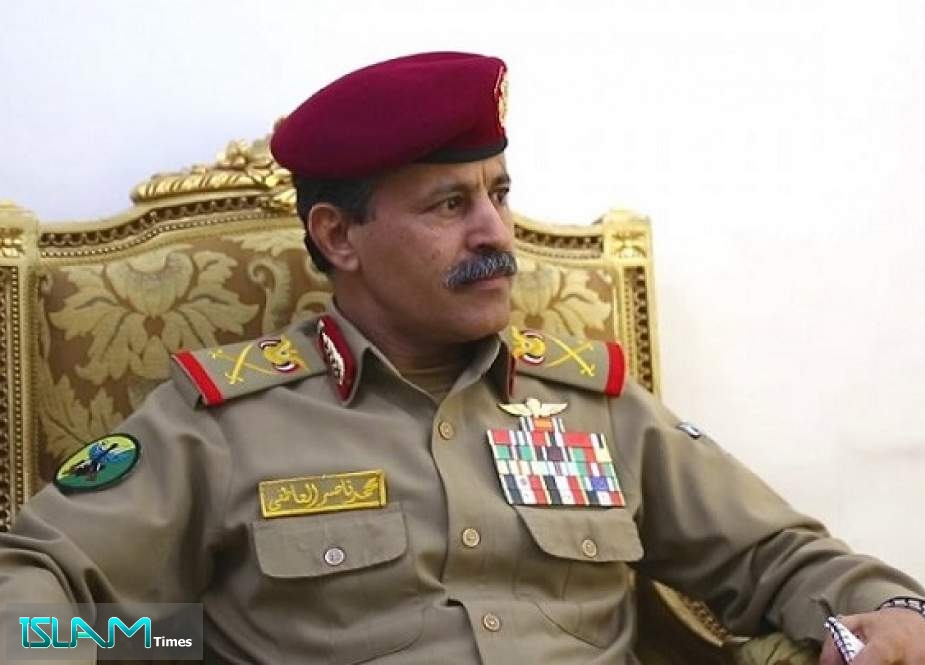