Story Code : 916799
Islam Times - US President Joe Biden said he's "tired of talking about" former president Donald Trump.
"For four years, all that’s been in the news is Trump. The next four years, I want to make sure all the news is the American people. I’m tired of talking about Trump," Biden said during a CNN town hall on Tuesday when asked about Trump being acquitted by the US Senate over the weekend during a second impeachment trial, The Hill reported.

Biden had avoided referring to Trump by name previously, calling him "the former guy" at one point during the town hall. The president and his top aides have generally sought not to bring up Trump's name in public remarks, instead referring generally to the previous administration.

But the president has still used Trump's handling of the coronavirus pandemic periodically to defend his own administration's stumbles in administering vaccines nationwide.

Biden during the town hall said he inherited "a circumstance" where there weren't enough individuals in place to actually administer the vaccines and that there was "little federal guidance" in how to get shots into Americans' arms.

At one point, Biden inaccurately said "we didn't have" a vaccine when he came into office.

Trump has largely been out of the public eye since leaving office, having been banned from social media. He issued a blistering statement on Tuesday attacking Senate Minority Leader Mitch McConnell (R-Ky.) after the senator said Trump bears responsibility for what happened at the Capitol on Jan. 6.
Share It :
Related Stories 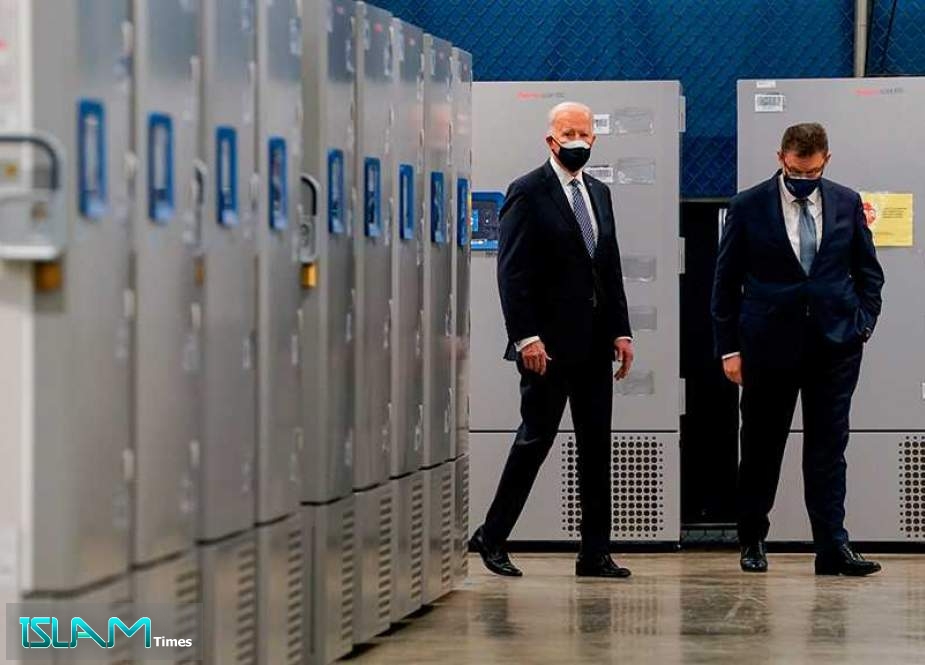