Story Code : 916953
Islam Times - A member of Yemen’s Supreme Political Council slammed Britain’s hypocrisy after it called for ceasefires to enable COVID-19 vaccinations in conflict zones, urging the UK to halt the export of arms that are killing more Yemenis than the coronavirus pandemic.
“We call on Britain to stop sending the virus of weapons to the Persian Gulf countries, which are being used in the aggression against Yemen,” Mohammed Ali al-Houthi tweeted on Wednesday, presstv reported.

“Stop these viruses (weapons), which are deadlier than the coronavirus, because these weapons kill the Yemeni people and equip the aggressors’ allied terrorist groups with modern weapons,” he added.

The remarks came in the wake of reports that UK Foreign Secretary Dominic Raab will chair a UN Security Council meeting in a bid to bring ceasefires in countries such as Somalia, South Sudan and Yemen to enable COVID-19 vaccines to be distributed.

Arguing that the world has “a moral duty to act”, he will say, “Global vaccination coverage is essential to beating coronavirus.”

Earlier this month, however, the British government refused to join the US in suspending arms sales to Saudi Arabia for offensive use in war-torn Yemen.

UK Foreign Office Minister James Cleverly claimed that British arms sales licenses were issued with great care, adding, “The decisions the US takes on matters of arms sales are decisions for the US. The UK takes its own arms export responsibilities very seriously, and we continue to assess all arms export licenses in accordance with strict licensing criteria.”

The UK had previously suspended arms sales to Saudi Arabia in response to a court order, but resumed them last year.

It signed off on arms exports worth $1.9 billion to the Riyadh regime between July and September 2020, according to the figures published by the UK’s Department for International Trade on Tuesday.

“UK-made weapons have played a devastating role in the Saudi-led attacks on Yemen, and the humanitarian crisis they have created, yet the UK government has done everything it can to keep the arms sales flowing,” Sarah Waldron, a spokesperson for the Campaign Against the Arms Trade (CAAT), stated in a statement.

“Now even the US is curbing its arms sales, while the UK government is continuing to fuel the war,” she continued, noting, “They must change course now and work to support meaningful peace.”

“Arms exports to Saudi Arabia should stop immediately,” he noted, adding, “Yemen is living through the world’s largest humanitarian crisis, with two-thirds of the population reliant on food aid and yet people are profiteering from the misery caused by these arms sales.”

Also in his tweet, Houthi stressed that Saudi Arabia and the United Arab Emirates (UAE) cannot act without the green light of the United States or its instructions.

“The US is not a lamb or a dove of peace, because it is leading the aggression against Yemen. The US is causing disasters for the Yemeni people. Our people know very well that the US, Britain, France, Saudi Arabia, the UAE and the Arab coalition member states are invading our land and sending weapons to kill people,” he announced.

Saudi Arabia launched a devastating military aggression against Yemen in March 2015 in collaboration with a number of its allied states, and with arms and logistics support from the US and several Western countries.

The aim was to return to power a Riyadh-backed former regime and defeat the Houthis who have been running state affairs in the absence of an effective government in the country.

The war has failed to achieve its goals, but killed tens of thousands of innocent Yemenis and destroyed the impoverished country’s infrastructure.

According to the UN, 80 percent of Yemen’s 30 million people need some form of aid or protection.
Share It :
Related Stories 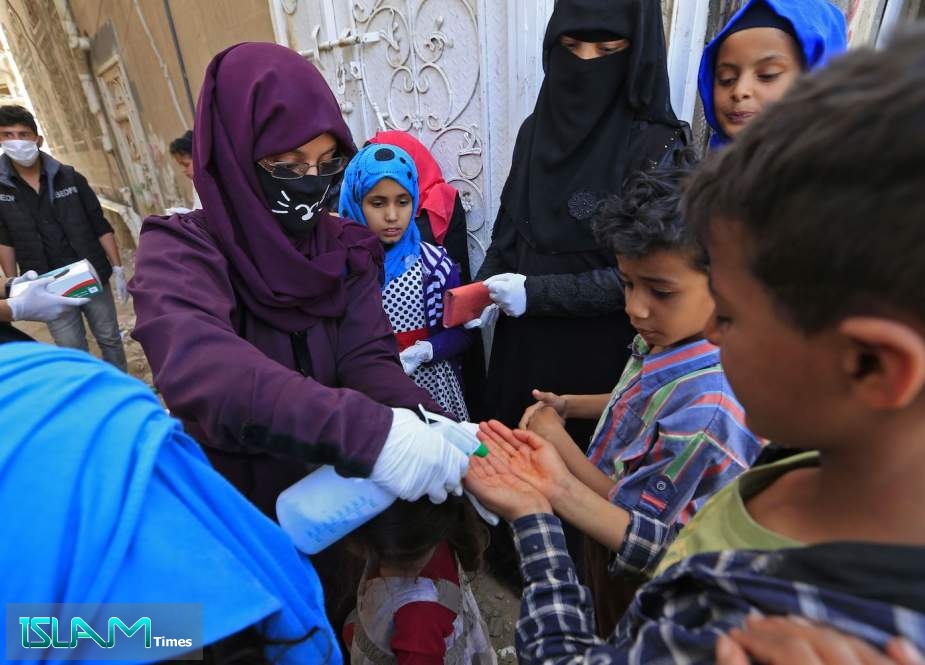