Story Code : 917262
Islam Times - Referring to the failure of the US maximum pressure on Iran, Russia's Permanent Representative to the International Organizations in Vienna noted that the time is now ripe for "Realpolitik and diplomacy".
"Better late than never," he tweeted.

"Those who advocated for #snapback and other similar steps compromised the #US policy on #Iran to the maximum extent possible- a greater extent than totally failed maximum pressure policy. Now it’s time for Realpolitik and diplomacy," Ulyanov added on Friday. 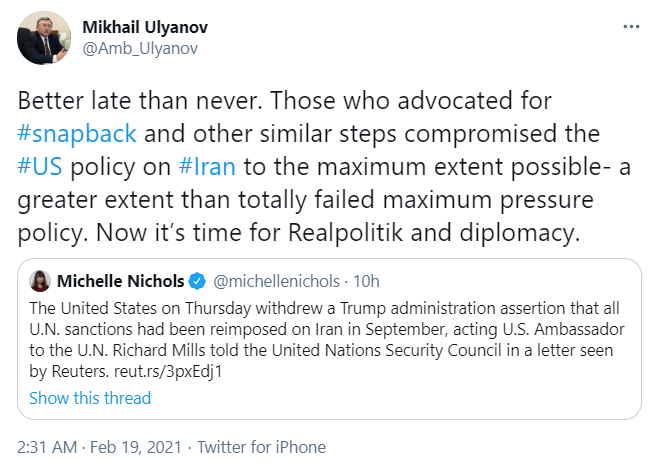 In another tweet on the same day, he added, "You are most welcomed, dear US colleagues! The sooner you and our Iranian partners, as well as other #JCPOA participants, start pragmatic discussions on the way out of the current unfortunate situation, the better."

"All sides have to implement their commitments under #JCPOA. Childish disputes about who must make the first step are absolutely counterproductive. The process needs to be carefully synchronized," he continued.

His tweet came as the United States on Thursday told the United Nations Security Council it was rescinding a Trump administration assertion that all UN sanctions had been reimposed on Iran in September.

Acting US Ambassador Richard Mills informed the 15-member body in a letter seen by Reuters.

US Secretary of State Antony Blinken told European allies on Thursday that President Joe Biden’s administration was prepared to talk to Iran about both countries returning to a 2015 deal.
Share It :
Related Stories 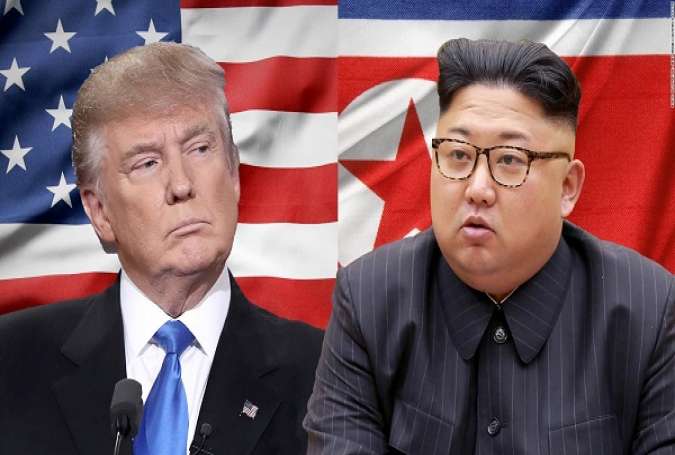