Sheikh Ekrima Sabri President of the Supreme Islamic Council in al-Quds and preacher of Al-Aqsa Mosque said that occupying regime of Israel, by continuing to put pressure on the worshipers, intends to drive them away from the mosque so that it can attack it again and this will never happen.

Sabri stressed that the worshipers, despite pressures of the occupying regime of Israel, are insisting on reopening of Al-Aqsa Mosque and question the Zionist regime's claim that Bab al-Rahma is not a mosque. 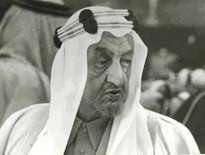