Story Code : 917834
Islam Times - The Gulf House for Studies and Publishing issued the results of a survey specialized in measuring the degree of political participation in the countries of the Cooperation Council and regarding the classification of Saudi Arabia as a kingdom of repression and authoritarian rule.
Through these results, Riyadh ranked last in the region in the index of political participation in light of the prohibition of political organizations and public freedoms, which constituted a new condemnation of the Al Saud regime, known for its severe dictatorship.

Saudi Arabia recorded a clear decline in several measures, the most important of which is the score "zero" in the political organizations’ scale, and very low scores in measures of constitutional life, general elections, transparency, freedom of opinion and expression, in addition to very complex problems in various of these measures, especially with regard to public freedoms and freedom of opinion and expression.

In this regard, a team of researchers from within the countries of the Cooperation Council worked on preparing the index, in addition to a number of specialists in the study of the Arab region in the Gulf, specifically what is related to political and human sciences. Kuwait ranked first with 535 points out of 1000 points, followed by Bahrain with a score of 451 points, Oman has 440 points, while Qatar scored 405 points, the UAE has 316 points, and Saudi Arabia in last place with 192 points, according to News websites.

The results of the survey indicate a marked decrease in the level of political participation and the ability of citizens in the Gulf countries to participate and contribute to decision-making and public policy-making in their countries. The amount of 500 points, confirms the great need for these countries for civil society institutions, and an effective contribution to correcting this catastrophic defect.

According to news sites quoting human rights organizations, the Saudi authorities have arrested six citizens who had Twitter accounts with hidden identities, and revealed that former advisor in the Saudi royal court, Saud Al-Qahtani, threatened opponents that the Kingdom's government had its ways to reach the owners of fake accounts.

International organizations concerned with human rights strongly condemned in their statements the violations of human rights and the freedoms of opinion and expression in Saudi Arabia. Nevertheless, the country's authorities insist on continuing the approach of arbitrary arrests and violations against opposition activists.
Share It :
Related Stories 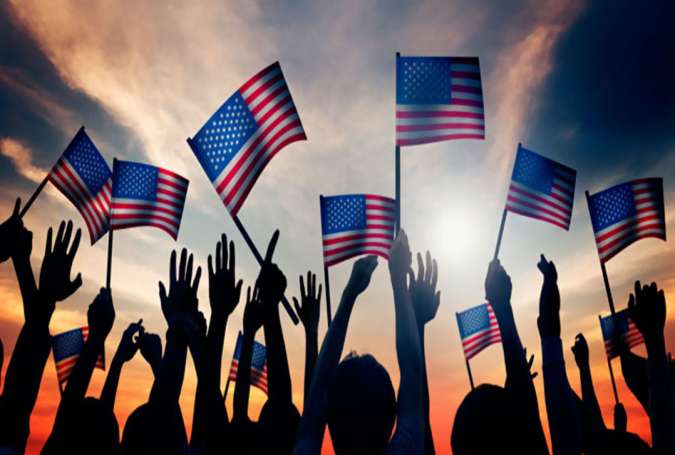 If This Is Freedom and Democracy, What Is Tyranny?
Islam Times - If truth be known, Americans are no more free than were Germans under Gestapo Germany. “Freedom and Democracy America” is the greatest ...
Bahrainis stand in opposition of tyranny
P Is for Predator State: The Building Blocks of Tyranny from A to Z
Al Quds Day - Standing up to tyranny and Zionists
The threats of the power reflects violence through tyranny and injustice
An Open Invitation to Tyranny
Pompeo ‘Happy’ to Pontificate in Tehran, Revealing US Tyranny of Arrogance
'KSA, epitome of tyranny, dictatorship'
Comment
Hezbollah Hopes Pope’s Visit to Iraq Enhances Its National Unity, International Role
Explosion of Hand Grenade Injures Eight Pilgrims in Iraq’s Kadhimiya
Libya Parliament to Vote on Interim PM’s New Cabinet
Saudi Foreign Minister Meets Qatar’s Emir in Doha
Italy Arrests Algerian Suspected of Aiding Paris Attackers
“Israeli” Party Leader’s Support for ICC Probe Triggers Uproar
Fear of the Government Forces Nigerian Journalists Not to Write about Sheikh Zakzaky's Condition
’Israeli’ Fighter Jets Escort US B-52 Bombers in New Inroad in Mideast
US Senator: Trump Can Make Republican Party Bigger, Stronger, or He 'Could Destroy It'
Jewish Fund, UK Branch Continue to Help Further Illegal Land Confiscation in WB
Nigerian Professor: Our People Consider Sheikh Zakzaky as their Last Hope for their Freedom
Three Gazan Fishermen Martyred in Israeli Attack Off Khan Yunis
Pentagon Assessing Systems after Tens of Thousands of US Orgs Hacked
Yemeni Missile Hits Saudi Aramco Oil Facility: Spokesman
Hezbollah “Will Make Israel See Stars” in Case of Any Attack on Lebanon: Sheikh Qassem
India Threatens to Jail Facebook, Whatsapp & Twitter Staff
Iraqi MP Calls Attack on US Base near Erbil "Fabricated"
Damascus and Moscow: US-led Coalition Continues to Support Terrorists in Syria
Arab News Media: Israeli Ship Blasted from Inside
Extensive Fire at Farah Customs on Iran-Afghanistan Border