Story Code : 927518
Islam Times - After the US announcement to pull back its troops from Afghanistan, its Scandinavian allies Norway and Denmark decided to follow suit.
"We will begin the withdrawal of Norwegian forces on May 1 and will finish in September", Norwegian Foreign Minister Ine Eriksen Søreide told national broadcaster NRK.

According to Chief of Defence Eirik Kristoffersen, the Norwegian forces will be among the last to leave Afghanistan.

"Our forces have a special location and an important mission, which means that both the special forces and the field hospital will be present while other NATO countries withdraw their forces from other regions", Kristoffersen told the newspaper Verdens Gang, adding, "We will facilitate the withdrawal. In other words, the Norwegian forces will be among the last to leave the country".

A similar announcement has come from Denmark.

"We are starting our preparations", Foreign Minister Jeppe Kofod told TV2, adding, "Of course, we will never again allow that there is a sanctuary for terrorists who can attack us. Whether it is in Afghanistan, Iraq, or in the 'caliphate,'" he added.

Norway currently has about 95 people in Afghanistan, including a medical team of around 40 people and special forces located at an airport in Kabul. Denmark has about 160 personnel in the country, divided into training, advisory and support tasks, as well as staff officers for logistical, administrative, and technical support.

Apparently, the US-led alliance is withdrawing without any guarantees from the Taliban, which is seen as less than optimal.

"No one should believe this will be easy. It is demanding, and we are really in the choice between more or less bad solutions," Søreide commented.

According to a report by a government commission, Norway has not contributed to changing the developments in Afghanistan. Despite years of international efforts, the situation remains "disappointing", according to the head of the commission and former Foreign and Defence Minister Bjørn Tore Godal. The report concluded that Norway achieved only one goal, namely to be a good ally of the US.

The Danish Foreign Ministry, by contrast, believes that the Danish mission has helped create a "more free" Afghanistan. The ministry's website lists the Taliban no longer being in power as Denmark's achievement.

However, US military analysts believe the Taliban are still going strong and that the government risks being overthrown once NATO pulls back.

"The Taliban is likely to make gains on the battlefield, and the Afghan government will struggle to hold the Taliban at bay if the coalition withdraws
support," the US intelligence services concluded in their Annual Threat Assessment.

Former Danish Foreign Minister Martin Lidegaard of the Social Liberal party suggested that NATO is withdrawing before the mission in Afghanistan is over.

"We did not get as far as we had hoped, and there is an imminent risk that Afghanistan will once again sink into civil war and division," Lidegaard ventured on Facebook. 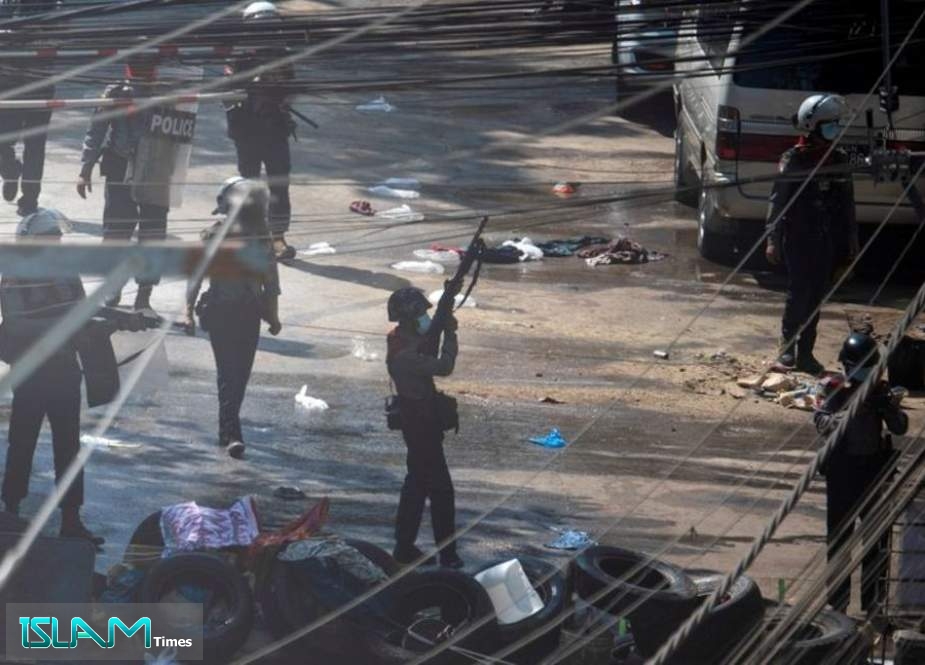 Foreign Policy Chief Announces EU to Sanction 11 Individuals over Situation in Myanmar
Islam Times - The European Union will slap sanctions on 11 individuals in connection with the situation in Myanmar, High Representative for Foreign ...
Moscow Sees Merkel’s Visit to Navalny as Attempt to Politicize Situation
Russia Says to Resume Patrolling of Syrian Highway with Turkey when Situation Calms
‘US, Turkey, Israel made strategic errors on assessments of Syria situation’
What would the people of Bahrain gain from the deterioration of the situation in Saudi Arabia?
Stop the War Coalition Extremely Concerned About Worsening HR Situation in Bahrain, Saudi Crimes in Yemen- Exclusive
Putin: People Do Not Understand How Potentially Dangerous The Situation Really Is
Erdogan, Putin Discussed Cooperation on Coronavirus Fight & Situation in Syria
Comment
Pakistan Rules Out Possibility of Housing US Troops on Its Bases After Withdrawal from Afghanistan
Biden Signs Executive Order to Strengthen US Cybersecurity Defenses After Colonial Pipeline Hack
Hamas Yet to Unveil Main Military Assets: Deputy Commander
US Senators Warn against Iran Trade if Sanctions Removed
US Military Transports Weapons, Logistic Material from Iraq to Syria’s Hasakah: SANA
Imran Khan Expresses Solidarity with Palestinians
'Virus' of Islamophobia Turning Europe into ‘Open-Air Prison’ for Muslims: Erdogan
Qassam Brigades to ‘Israel’: No Redlines, No Rules of Engagement When it Comes to Protecting Al-Aqsa, Our People
US Deploys F-18 Fighter Jets to Saudi Arabia as Tensions Escalate in West Asia
Palestinian Resistance Escalates Confrontation with Enemy: All Israeli Airports Are Now Under Fire