Story Code : 928279
Islam Times - Bahrain’s top cleric Ayatollah Sheikh Isa Qassim stressed that “Drawing up a new constitution is the only way out of the political crisis in the protest-hit kingdom.”
He further called on urging the regime in Manama to pursue an agreement with the Bahraini opposition instead of increasingly suppressing the dissidents.

“Since the people do not find anything to persuade themselves to stop their protest movement and are witnessing a surge in the [regime’s] policy of repression, dictatorship and marginalization, they are pressing ahead with their uprising, whatever the cost may be,” Sheikh Qassim said in a statement released on Monday and carried by the Bahrain Mirror news website.

His Eminence further highlighted: “There would be no way out of the current situation unless the government reaches an agreement with the opposition to draw up a new constitution and found relevant institutions so as to protect the citizens’ rights and recognize their sovereign position in the country’s politics.”

The senior cleric pointed out that “Reforms must be undertaken at a pace satisfactory to the public and must guarantee the authority, dignity, comfort, security and interests of all.”

This comes as Bahrain's crackdown continues in Ramadan as regime forces attack political inmates in Jaw prison.  “There is a serious political and legal crisis in Bahrain, the consequences of which will be dangerous for both the nation and the government itself,” he stated.

He denounced the Manama regime over the “absurd” policy of putting more people behind bars, saying such a practice will not even benefit the “unjust political goal” being pursued by the Al-Khalifah regime.

“If the purpose of populating prisons with thousands of inmates is to tone down the demands for political and civil rights to mere calls for the release of prisoners, the calls among the prisoners themselves for the nation’s rights [to be guaranteed] will definitely thwart such a conspiracy,” Sheikh Qassem confirmed.

“The people of Bahrain are well aware of the fact that the solution to the country’s crisis lies only in a genuine improvement of the situation and establishment of a political relationship between the nation and the government on the basis of new and viable principles,” His Eminence elaborated.
Share It :
Related Stories 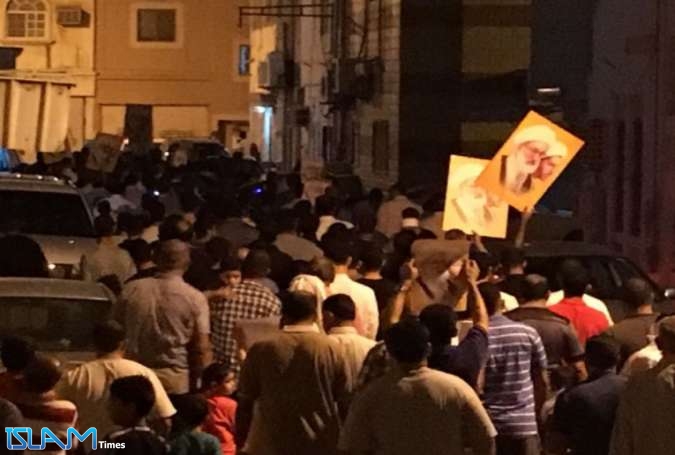