Story Code : 928766
Islam Times - In 2020, a surge in gun sales to an all-time was widely attributed to nationwide anxiety due to the coronavirus pandemic as well as social unrest following the murder of George Floyd by a Minneapolis police officer.
A year later, even with the US making significant strides vaccinating people against COVID-19, gun retailers say firearms sales are on pace to surpass their peak at the height of the global health crisis, CBS News reported.

"We expect to sell more guns this April than any other April we've ever had," said Eric Wallace, who owns and manages Adventure Outdoors in Smyrna, Georgia.

The 80,000-square-foot store, which opened in 1977, advertises itself as the nation's largest gun store.

One factor driving gun purchases now is the latest round of federal stimulus payments distributed to most Americans, Wallace added, noting that Adventure Outdoors saw a jump in sales in March after the government started sending out the third check.

He also thinks a temporary shortage of firearms in 2020 forced some consumers to wait until this year to buy a gun.

More recently, Wallace also stated some customers have cited what they see as the possibility of new gun control rules following a rash of mass shootings this year as the reason to buy a weapon.

"Whenever you talk about taking things away, people want it more," he continued.
Share It :
Related Stories 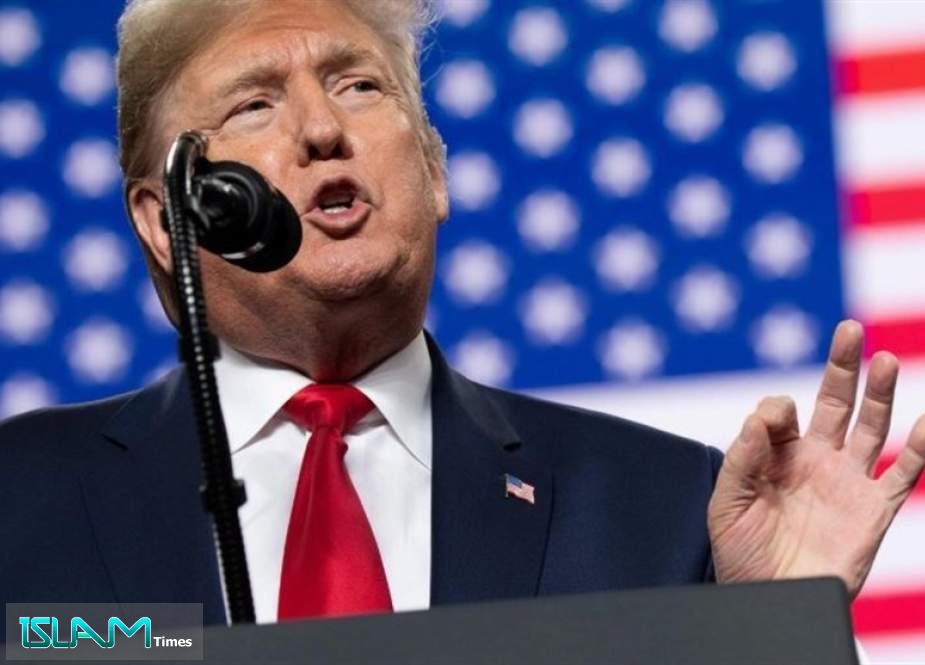 US Democrats Renew Effort to Get Donald Trump’s Financial Records
Islam Times - A powerful US Democrat-led House committee is pushing a federal judge to order Donald Trump to comply with a subpoena for his financial ...
US Fails to Condemn Israel over Its Violent Assault on Palestinian Worshippers
US Ban Hinders Vaccine Production amid Joint Iran Plan: Cuba
US Calls for Taiwan to join World Health Assembly in Opposition to China
US Deploys Extra Warplanes to Afghanistan as Troop Withdrawal Underway
US Extends Anti-Syrian Sanctions by One More Year
US Hoarding Millions of Surplus Vaccine Doses as COVID-19 Engulfs India
US Mediator Sides with ‘Israel’, Rejects Lebanon’s Insistence on Right to Demarcate Maritime Border at Line 29
Comment
Palestinian Resistance Announces Launch of ‘Operation Al-Quds Sword’
IRGC Strongly Condemned Terrorist Bomb Blast in Kabul
Syria’s Supreme Constitutional Court Announces Final Decision on List of Candidates for Post of President
Presidential Election Registration in Iran to Begin on Tuesday
China Slams West’s Double Standards Over Rocket Debris
Hamas Threatens ‘Israel’: If You Escalate, We Will Escalate